Testing the African sun against the demands of C&I markets 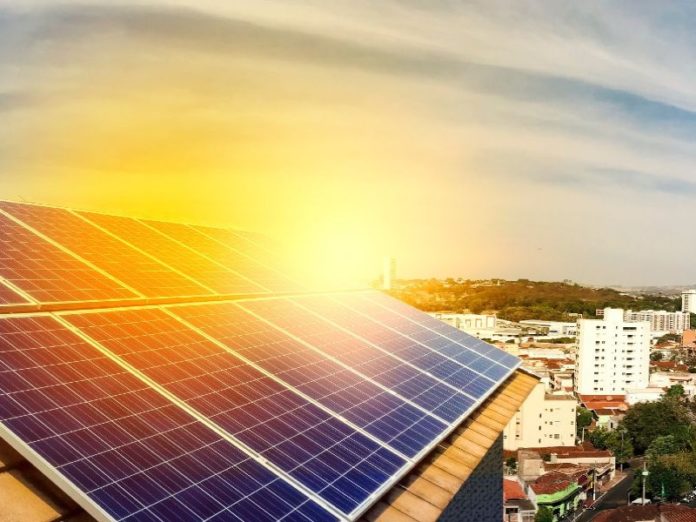 Africa’s commercial and industrial (C&I) businesses need energy, and if they cannot get it from their utilities, they are turning to the sun. We traverse this market from the view of an Enlit Africa discussion on how the C&I sector is changing Africa’s energy landscape.

A recent report by the African Solar Industry Association (AFSIA), which draws on 2019 IRENA data, points out 37 counties in the world have joined the Gigawatt Club, having installed more than 1GW of solar energy. Only two of those are in Africa; namely South Africa and Egypt. But the international association’s research suggests that nine African countries will soon join the club, based on announcements by governments and private developers.

A factor starting to influence the take-up of solar into the C&I market is the availability of energy storage to extend the energy beyond just daytime. While large scale solar projects have dominated the sector, the C&I market is starting to make inroads into the power sector as off-takers. Based on AFSIA data, the C&I market could represent up to 40% of all solar capacities installed in the next few years.

Of the 6,200 solar projects they identified across the continent, 2,400 are already in operation, and just more than 80% are found in the C&I market.

A lawyer by training, Paul Jenkins, chair of the Caxton Publishers and Printers board, has taken great interest in the legislative and regulatory processes unfolding in South Africa around going green and carbon taxation. He worked with energy consultant Jo Dean when she was appointed to assess Caxton Publishers and Printers in South Africa when they looked at how to decarbonise the business’ entire value chain.

The eventual plan included a measure of solar self-generation and a battery energy storage system for standby power at the Caxton cartons and labelling facility in Johannesburg. “It’s been a journey. Our first big project is done, and we’re in the final stages of synchronising with the grid,” said Jenkins speaking at the Enlit Africa digital event.

Caxton made sure to comply with South Africa’s new grid code regulations that have been drafted, though not yet codified. What you do from a commercial perspective when you are paying far too much money for electricity and need to bring the costs down was the overriding impetus for why the business started self-generating a measure of its energy usage, explained Jenkins.

Dean worked on the principle of educating and encouraging the Caxton management about what was coming and why. “We knew where Eskom was going, where the pricing trajectory was going. Maybe we didn’t know the severity of security of supply, which compounded risk,” she said. It was also a given that carbon tax measures from the Carbon Tax Act of 2019 were about to kick in.

She pointed out the imperative of understanding Caxton’s business needs – different industrial businesses have various production needs that call for a specific energy footprint – meant a bespoke journey and solution.

While Dean would have liked the solar PV part of the project to be bigger to provide the site’s entire energy need, there was only so much rooftop space for the 874kW solar PV installation, so the energy storage aspect took on oversized importance.

“You have arbitrage, so that’s shifting your peaks to get better pricing. You’re giving them an element of security of supply when there is a brownout…and to be able to give them some measure of control,” Dean explained, on why a battery was a key component.

“Also, price is king. It has to make financial sense,” she asserted. Return on investment is also a factor. If a client is using capital expenditure to cover the project, a realistic gauge on how quickly they would recoup the loss is essential. Still, the figures for measuring that return on a storage system were challenging to pin down.

“To anyone who wants to do this, I say set your path, work out your trajectory, do what you want to do and do it now. Otherwise, you will be left behind. You will be sitting with stage four, five, six [loadshedding],” said Dean.

“Decarbonisation is also on every board’s table. Energy is the vehicle, the low hanging fruit. That is the path you can work on because it gives you the triple return,” Dean pointed out.

Jenkins said their decision was also partly driven by the perception that electricity tariffs would increase, and the security of supply was imperative. “Panels on the roof and a solar project on its own give you a payback, but what we focused on was what we were doing for standby power. The declining cost of technology made the whole package feasible. A properly engineered project with standby power, panels, a generator set: it is possible to keep a large factory going, to keep the machine going and effectively have the huge battery operation as a UPS system.”

The company sees this first site installation as a test project and will roll out to other sites if the benefits override the cost. Still, the process remains a complicated one.

“Five years ago, the whole process was a solar installer going around saying I can put solar on your roof. It was an easy sale. What we’ve understood from government authorities is we need baseload, and the only thing that is going to do that is solar together with batteries,” said Jenkins.

The economic side drives whether a business adopts it, but the process requires sophisticated engineering. An on-site energy system has to use a controller and optimise the power sources. “I expect there will be a time when we express into the grid and the system is set up in such a way that Joburg Power could commandeer our battery and take our electricity if they need it in an emergence,” theorised Jenkins.

Dean doesn’t believe Caxton should go entirely off-grid and wouldn’t advise any business to do that. “We still need to care for the grid; it is needed,” she said. But, self-generation isn’t a luxury either. Dean sees it as a business imperative.

Kevin Robinson, technical sales director MEA for Longi Solar, says it isn’t just the mines influencing the C&I sector. Take a step back five or ten years. The agricultural industry started using solar PV technologies as farmers exporting to the European market realised the importance of carbon credits. “It allowed them access to markets that were beginning to demand some action with regard to carbon management.

“Then, over the years, the property sector started installing, and a lot of that decision-making process started looking around at the return of investment. As they started to experience low returns, they started to look at other opportunities. Solar gave them a great opportunity to look at renewable energy as a method to improve their returns,” remembers Robinson.

He explained that solar assets could be considered an initially expensive outlay. However, depending on how you finance the solution, the return of the investment could be as little as three and a half years to five years. “I think, in the last two to three years, a lot of the renewable solutions are looking at storage as the costs are coming down, and that decision-making process is purely around the security of supply.”

Robinson adds: “As soon as you have a brownout or loadshedding event, you have not only the loss of production for that two or three hours – all of a sudden you have all of this process lost. There was an instance where a dairy facility making yoghurt lost production due to a power outage, and now they had to clean their machines. That entire process took about nine hours. So, there is a massive cost involved in loadshedding that we don’t always see. That’s probably the main aspect the guys look at.”

Terje Osmundsen, co-founder and CEO of New Empower Energy, says it’s not entirely accurate to compare how businesses affect Africa’s energy landscape to how matters unfurl elsewhere in the world. “In Africa, the situation is businesses are paying more for energy than in most parts of the world.”

Various reasons are cited when explaining the difference in cost, which runs between 30 to 50% higher for business customers in Africa than anywhere else in the world – a lack of infrastructure investment, insufficient internal sources and high import costs.

Now, coming out of the COVID-19 lockdowns, businesses that want to expand will have a hard time if competitive energy costs remain a myth.

Then there is a peculiarity particular to Africa – excessive use of diesel generation in the genset economy – linked to infrastructure development not keeping up with a quickly expanding population growth. “There are more than 20 million gensets running across Africa today. It’s a huge cost, a huge source of pollution and a major contribution to climate change,” explains Osmundsen.

Many utilities in sub-Saharan Africa are caught in a vicious cycle of not delivering electricity as expected, coupled with power outages versus clients who aren’t paying their bills. All of which conspires to stop utilities from performing much-needed infrastructure upgrades.

“The short-term solution is for businesses to address this directly themselves,” says Osmundsen. While his impact fund company has experience working on both the utility and C&I sides, they have decided to focus on the latter. In Ghana, they have signed up an internationally competing industrial manufacturing unit through a power service agreement.

Together with a local partner, they set up a solar PV installation that reduces the cost of energy for the client by about 20%. Also, setting up the solar installation behind the meter reduces the energy cost and increases reliability. Osmundsen closes on a positive note, sharing that the solar PV system created enthusiasm in employees, partners and clients – an added unseen, under-reported benefit to going green in Africa. ESI