Maintaining the Southern African Large Telescope (SALT), is no easy feat and in 2011 the South African Astronomical Observatory (SAAO) commenced with an investigation into the feasibility of using solar power to offset the cost of electricity, but at the time it was not feasible.

SAAO is best known for the Southern African Large Telescope (SALT). Funded by a consortium of international partners from South Africa, Poland, the US, the UK and India, the telescope attracts astronomers from around the world to the Karoo.

While SAAO and SALT operations are of significant international importance, they are also costly to run and maintain. So, in 2011, SAAO commenced with an investigation into the feasibility of using solar power to offset the cost of electricity.

Initially, the cost of installing solar power was prohibitive and not implemented as it required capital investment which, at the time, was required for the primary focus of collecting data for astronomy sciences.

Have you read?
Ed’s note: Offgrid but solar-empowered to irrigate agricultural activities

Some years later, NASA became interested in placing a telescope on the site as part of their ATLAS (Asteroid Terrestrial-impact Last Alert System) project, which focuses on identifying and locating asteroids that could potentially hit Earth.

Due to South Africa’s ongoing loadshedding, NASA had concerns about the availability of electricity. To alleviate the site’s dependence on Eskom, funds to develop a supplementary power plant, relying on batteries and solar power were made available and the move towards sustainable energy solutions began.

Keith Browne, SALT Electronics Engineer, commented: “The backup generators at the site were also upgraded which obviated the need for an independent power supply for NASA’s ATLAS telescope.”

“It was then possible to redirect funds to install a 40kVA grid-tied system that would benefit the entire site.”

SEM Solutions, a South African company specialising in sustainably engineered energy and water solutions for the commercial and industrial building sectors, were awarded the tender and installed a grid-tied solar PV plant in 2019.

Have you read?
20GW of signed contracts prove investment value of 182mm modules

Located on top of the SAAO workshops, the installation provided 53kWp and served as a supplementary power supply to the existing Eskom supply.

“The observatory site has a good solar resource as it has an altitude of 1,780m with low rainfall and a relatively cool climate, all of which contributed to excellent PV operations,” says Browne. “Post a year of operation and with ‘real-world’ data in hand, the SALT Board was convinced that a similar-sized system would work on the SALT stores roof.”

In late 2020, SEM Solutions installed another 53kWp system on the SALT stores roof that also feeds the entire site.

Sulsters added: “This demonstrates the improved efficiency of the PV modules over just a year, going from a maximum of 340W coming out of one PV module to 415W coming out of the same size PV module. Both installations have the same Huawei 40kW inverter installed and are connected to the same online monitoring portal.

“To put this in laymen’s terms, both of the installations are running exceptionally well and are continuing to show a positive return on investment as operations continue, despite loadshedding, and energy consumption costs decrease”.

SAAO are on the Ruralflex tariff structure from Eskom so the cost of electricity varies during the day and in the summer and winter season.

“Electricity use is highest in the winter when the tariffs are highest and solar power the lowest, so SAAO is currently considering wind power to compensate for the high winter electricity consumption by residences on-site for heating in winter,” says Browne.

The SAAO’s overall demand is around 150kVA on average so there is still room to grow the contribution from renewable energy. With an annual saving of around R312,000 ($21,156) at the current Eskom rates, that’s a very viable long-term solution.

“As the globe looks towards using renewable energy sources, it is very satisfying that the largest single optical telescope in the Southern Hemisphere is already on that path,” says Browne. “Mankind has always loved to look towards the stars, and in Sutherland, that star watching is powered by one.” 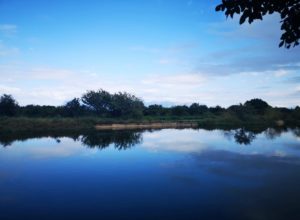 WISA calls for green, blue and no drop certification reinstatement