With the lockdowns being implemented during April, the Indian electricity load patterns shifted significantly.

As per the Central Electricity Authority (CEA), in comparison to 2019, the generation from the solar sector increased during March, April and May 2020, says GlobalData.

According to the data and analytics company, these large leaps from renewable energy were seen because of the pollution-free environment, and good micro-climatic conditions during the lockdown.

A drop in demand led to generators shifting focus to the cost-effective renewables. According to CEA, the generation from renewable sources increased by 14.8% in March and 7.6% in April, compared to the same time last year.

Compared to 2019, this year the generation in the solar sector saw a change of about 130%, 128%, and 118% in March, April, and May, respectively. It is expected that solar generation figures would be greatly boosted this year.

In 2019 solar PV generation was 46.7TWh, this represented about 3.0% of the total electricity generation mix. The availability of the pollution-free clear skies and increased solar irradiance is likely to improve the solar generation by about 25% this year.

Somik Das, the senior power analyst at GlobalData, comments: “ Solar PVs play a major role in the shift to the cleaner electricity mix. To increase distributed solar generation, more rooftop solar PVs can be adopted in residential, commercial, institutional, and industrial establishments. This would allow them to not only fulfil their electricity needs but also provide an opportunity to develop the electric vehicle charging infrastructure. All this, in turn, would have a greater impact on the green energy transition. 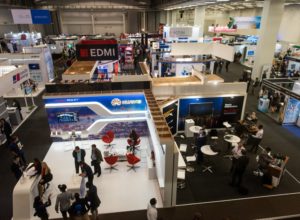