The African Biofuel and Renewable Energy Company (ABREC), which promotes renewables and energy efficiency in several countries, has awarded the contract to China’s hydropower entity, Sinohydro.

The large scale generation project will have a capacity of 20MWp and forms part of a project that will also see the construction of two small solar-hybrid plants.

The entire solar and hybrid project is being financed by the Government of Guinea-Bissau with a $42.9 million loan from the West African Development Bank (BOAD). This financing was granted as early as 2017.

The solar project, for which Sinohydro signed the engineering, procurement and construction (EPC) contract, involves three facilities. The first is a photovoltaic solar power plant to be built in Gardete, a town located 8km from the capital city, Bissau.

The solar plant will sell power to the national utility EAGB under a long-term contract.

The facility will have a battery storage system to provide electricity to the inhabitants of Bissau and surrounding areas after sunset. Sinohydro will also provide a 30kV line to transport the electricity to Bôr where it will be fed into the national grid via a substation.

The China International Contractors Association said the project was tendered along with two 1MW hybrid solar-diesel plants in Gabu and Canchungo by ABREC in March 2019.

A small plant will also be developed in Canchungo, a town of more than 7,000 inhabitants in the west of the country.

With a capacity of 1MW, this facility will also be equipped with batteries for electricity storage. The electricity will be evacuated through a medium and low-voltage transmission line that Sinohydro will also install.

Guinea-Bissau relies on fossil fuels and solar has seen limited development, with the exception of rural electrification initiatives.

The nation has one of the lowest electrification rates in Africa, as well as electricity prices among the highest on the continent. As a result, around 95% of the energy consumed in Guinea-Bissauan households comes from biomass.

The AfDB recently stated Guinea-Bissau has only 11MW of installed power generation capacity, almost all of being thermal generation. “Real capacity is only 8MW, only 5MW of which is available 24 hours per day due to the maintenance required and the inability of the electric power utility to obtain the necessary fuel,” a report by the bank said. 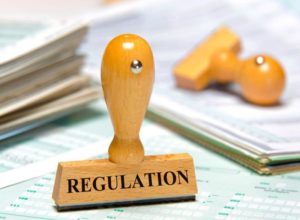 Shining the spotlight on the success of India’s energy policies