What do you know about Sudan? I’d wager not much and that it centres on political strife. But what if there is more to this North African country that will sway you to be more attentive?

The majority of Sudan’s electricity generation comes from hydropower and not oil and gas. But its vulnerability to desertification and climate change has driven the need for the country to scale up solar photovoltaic projects in the coming years.

Under the threat of climate change, Sudan’s most important sector is agricultural production. This industry employs 80% of the workforce and contributes around 39% of the GDP, but most farms rely solely on a rain-fed system and are susceptible to drought.

To demonstrate the potential of renewables in Sudan, a $4.4 million Global Environmental Facility grant has allowed the UNDP to trial 29 solar-pumped farms in Sudan’s Sahara-encompassed Northern State.

In another project, Sudan’s government partnered with UNDP to set up a Solar Lab in Khartoum. The lab will provide testing and certification services for solar energy technology.

Because many of Sudan’s imported solar systems are refurbished, the lab will perform a vital in testing to guarantee the quality, authenticity and reliability of the products. The solar lab will also support technology research and technical improvements to advance Sudan’s renewable aspirations.

In terms of the solar-pumped farm project, once the trial is completed the 1,469 solar water pumps are expected to eliminate 860,100 metric tons of carbon dioxide over the pumps’ 20-year lifespan (roughly the same as taking 186,000 cars off the road) and saving 268,800 metric tons of diesel.

Continuous water supply and reductions in fuel shortages and maintenance downtime will increase crop yields and growing time per season. Coupled with lower costs from fuel savings, around 960 litres ($108) of subsidised diesel per acre per season, and minimal solar-system maintenance, the response from farmers has been overwhelmingly positive.

You can now visualise North Africa beyond Egypt to include Sudan; a country where the government is open to partnering on key areas that need urgent attention.

However, even so, is it a country you’d add to your list for future business? I’d like to know. 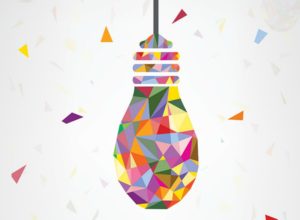 Energy sector: Why things are looking up