In November last year, Bolsonaro had vetoed a similar proposal from the Senate and House of Representatives, stating at the time that it would be too costly to lose out on the potential revenue.

Now, however, Resolution no 70 of July 16, 2020 changes the import tax rate on certain goods, including certain solar products, to zero-rated. The resolution takes effect from 1 August and should last through 2021.

The resolution, published by the Ministry of Economy, notes 101 different specific items, including solar PV modules, trackers and inverters. At the moment, solar PV equipment brought into Brazil is subject to a 12% tax, which will fall away from the beginning of August 2020 for certain products.

While Brazil does not have any rules around local content requirements for either large solar projects allocated in auctions or distributed generation systems with a capacity of up to 5M, using ‘made in Brazil’ modules in PV plants does open up access to financing from the national development bank BNDES and other government bodies.

Right until the COVID-19 pandemic put the brakes on the industry, Brazil’s solar PV market was growing rapidly, according to an interview with Rodrigo Sauaia, executive president of the Brazilian Association of Photovoltaic Solar Energy (ABSOLAR) on their website.

Despite the market slowdown, ABSOLAR does still expect investment in the Brazilian solar PV market to grow. They have already overcome the first problem, which was the supply of solar PV equipment slowing down from Asian markets.

Even though imports from China make up a big portion of the market currently, Brazil is rethinking the idea of localisation. The Ministry of Technology and Innovation has identified the solar sector a strategic one which Brazil needs to be part of as not just a consumer of the technology.

The second problem of demand for energy slowing down is expected to remain a hurdle for a while. 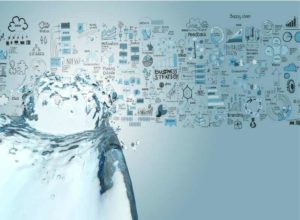