The African Development Bank (AfDB), through its Desert to Power initiative and a $6 million grant, is expected to transform the Sahel by tapping into the region’s abundant solar potential.

The Board of Directors of the AfDB approved a $6 million grant to launch the initial phase of the Desert to Power West Africa Regional Energy Program. Desert to Power, an initiative led by the Bank, is expected to transform the Sahel by harnessing the region’s abundant solar potential.

The grant funding, sourced from the African Development Fund’s 15 (ADF-15) Regional Operations Envelope, will go to the West African Power Pool (WAPP) to conduct pre-feasibility studies for the construction of the Sahel Transmission Backbone that will link regional solar parks in all five countries.

Have you read?
New hydropower project for Gabon backed by AfDB

The approval of funding by the AfDB represents a concrete step towards leveraging the solar potential of the Sahel region. The financing will also help de-risk energy investments by preparing transmission infrastructure to link countries in the Sahel region and harness a larger share of electricity from solar power.

This is expected to pave the way for power trading on a regional electricity market. The G5 Sahel countries are Burkina Faso, Chad, Mali, Mauritania, and Niger.

He added: “The approval of funding by the African Development Bank represents a concrete step towards leveraging the solar potential of the Sahel region.”

Have you read?
AfDB injects loan of $116 million into Egypt’s electricity sector

Bah F. M. Saho, acting Executive Director of ECREEE, said: “The funding for the Desert to Power initiative will allow ECREEE to upscale efforts on clean energy mini-grids and improve the availability of locally qualified personnel through the certification of technicians.”

The West Africa Regional Program will contribute to the overall target of 10,000MW of new solar generation capacity, providing electricity access to 250 million people by 2030.

“As the regional roadmap for Desert to Power takes shape, this program comes as a timely enabler for concerted and large-scale solar energy deployments in the G5 Sahel region, and it will help accelerate the energy transition,” said Dr. Daniel Schroth, acting Bank Director for Renewable Energy and Energy Efficiency. 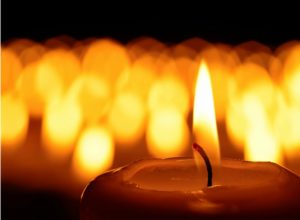