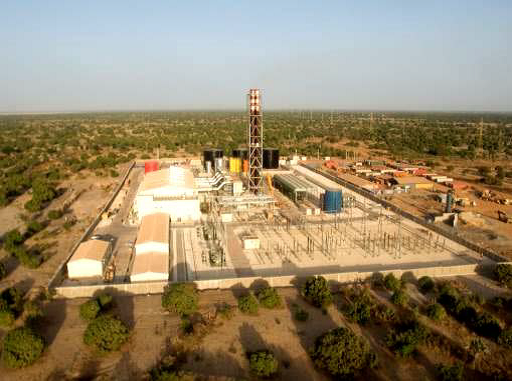 In West Africa, 15% of Senegal’s electricity consumption is soon to come from a recently constructed diesel combined cycle plant located in Tobène, in the region of Thiès. German firm MAN Diesel & Turbo, recently completed construction of the power plant, which is designed to have an output capacity of 96MW.

The plant will operate with five MAN 18V48/60 engines and a MAN MARC steam turbine, where the waste heat from the engines will power a steam turbine, which in turn generates 6.6MW of electricity.

The generated power will be supplied to the national grid that is operated by Senegal’s national electricity company, SENELEC.

“It will generate the equivalent of 15% of the country’s current electricity consumption,” the German firm said in a company statement.

[quote]The country’s economic growth and development will be impacted through the power being distributed to businesses, shops, universities and houses, which currently experience recurring power outages.

According to the turbo equipment provider, the plant has been completed in a record time of 15-months, a milestone attributed to its effective partnership with MATELEC, a Lebanese company specialising in electricity infrastructures.

“We are very happy with this project,” says Sami Soughayar, CEO of MATELEC.

“[…] With project teams being perfectly coordinated, it only took just over 15 months for the power plant to be able to deliver its first MW to the Senegalese national grid.”

With the existing plant having now been taken over by MAN PrimeServ, MAN Diesel & Turbo’s service brand, to ensure best-in-class maintenance is provided, an expansion project is already planned.

By adding a diesel engine, the plant’s generation capacity will be increased from 96MW to 115MW by the end of the second working phase, according to a company statement.