In South Africa, since the new nuclear build announcement, eyebrows have been raised and debate has sparked around the development, some in favour and some against.

On Monday, Fin24 engaged with author of the World Nuclear Industry Status Report, Mycle Schneider, who gave another perspective to this controversial new nuclear energy mix.

[quote]Schneider told the media that he is questioning the option that nuclear energy can be viewed as an alternative to a whole range of other energy options.

“Real costs have increased significantly compared to their predecessors suggesting the attempt to reduce complexity was not a success. The ‘nuclear renaissance’ appears, in retrospect, to have been a last chance for light water reactor technology.

“Given the failure to reduce costs – and there are few who would forecast costs are going to go down at all, much less decline to the levels originally claimed – and the apparent failure to reduce the incidence of construction overruns, the future looks bleak for light water technology.”

However, government is still going ahead with its plan to build 9.6GW of nuclear energy, and will release the request for proposals before the end of March, the department of energy said.

As President Jacob Zuma stated during his SONA speech in February 2016 South Africa will procure nuclear on a scale and pace that will be affordable over the next decade.

Schneider argues that the time period set for the deadline will not be met. “The average construction time of the 40 nuclear reactors that have been brought on line in the world in the past 10 years was about 9.5 years, to which one has to add several years of site preparation and licensing procedures.

“In other words, new nuclear would only be available in SA after 2025. Other options, especially efficiency and renewables, can be implemented within months,” he highlighted.

He added: “The ‘base load’ concept is also rapidly outlived by reality in the market. With increasing penetration of renewables, flexibility is the master word.”

“Nuclear power is the least flexible of all of the power generating technologies and is therefore hardly suitable for a future orientated power grid with high levels of decentralised renewables,” Schneider said. 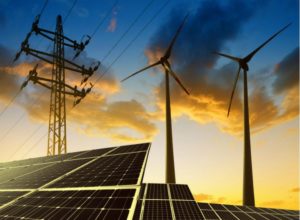