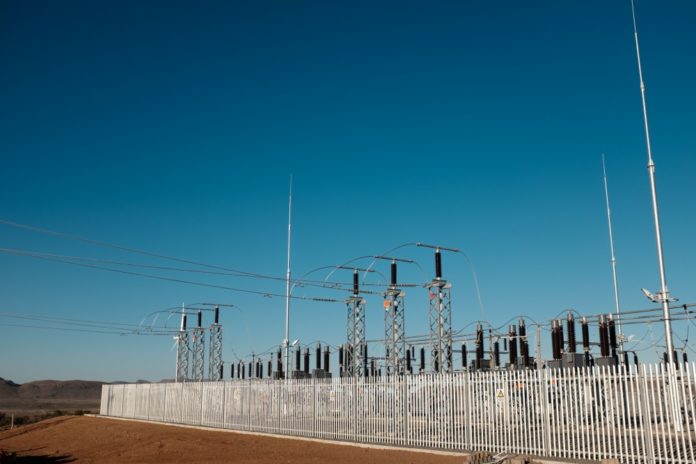 Project manager of Noupoort Wind Farm, Martina Flanagan, confirmed via a company statement that this month the project is making progress in association with Eskom’s various teams.

“We’re working together with the Eskom teams in both the Northern and Eastern Cape Operating Units to ensure a smooth and safe energisation and commissioning process,” Flanagan stated.

“The substation is situated in the centre of the wind farm and is the place where all the 33kV cables from the turbines meet. At this meeting point the power from the wind farm goes through power quality checks and measurement devices. Following this, the power is directed through the transformer where the voltage is increased to 132kV.

“The power is then exported from the transformer on a single power line. At this stage the power crosses onto the Eskom side of the substation where further power quality checks and measurements are completed before exporting onto the 10km long 132kV line, which connects the wind farm to the main Eskom grid for distributing electricity. This connection point is situated just 3km’s south of the town of Noupoort,” the company explained.

Noupoort Wind Farm is happy with the progress made so far with a total of 35 wind turbines already having been erected, and in addition the transportation of the various components is said to be running according to schedule and is expected to reach completion by the end of March this year.

“This marks a major step towards supplying enough clean, renewable electricity to power more than 69,000 South African homes and will effectively eliminate approximately 300,000 tonnes of carbon emissions each year when compared to traditional fossil fuel power plants,” the company added.

The substation is divided into two parts, one section is owned by the wind farm, whilst the other section along with the overhead line will be handed over to Eskom for ownership and operation.