In South Africa, within a two week period, state-owned power utility, Eskom, made another announcement with regards to progress on its Ingula Pumped Storage Scheme.

On Thursday, the utility stated that the second unit of the Ingula Pumped Storage Scheme, Unit 4, was synchronised to the national grid on 25 March 2016.

Excited about the progress on the project, Eskom’s CEO Brian Molefe commented: “With this, we have fulfilled the commitment we have made to the country that we will synchronise two units at Ingula before the end of March 2016 as we approach our target of having all four units commercially operational by July 2017.”

“This accelerated drive to complete our massive capacity expansion programme is aimed at ensuring that we realise our aspiration of making load shedding a distant memory,” he said.

[quote]Once completed, all four 333MW units of the Ingula Pumped Storage Scheme will produce a total of 1,332MW.

Molefe stated other ambitious targets that the power company seeks to achieve in order to enable the country’s economy to grow.

“After achieving the commercial operation of the Sere Wind Farm and Medupi’s Unit 6 last year, connecting all Ingula units to the national grid will be a clear indication that South Africa is on its way to eradicating its electricity supply challenges, enabling the country’s economy to grow and attract further investments.”

Eskom also stated that it is building new power stations and transmission infrastructure to boost the country’s electricity generating capacity.

The company noted: “Once completed in the next five years, our capacity expansion programme, which is the largest in the company’s history, will increase our generation capacity by 17,384MW, transmission lines by 9,756km and substation capacity by 42,470MVA.

“This will enable us to provide security of electricity supply to South African homes and businesses, powering economic expansion and extending electricity to millions of households who currently rely on other fuel sources for domestic cooking and heating. 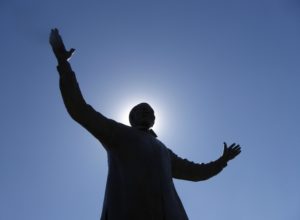