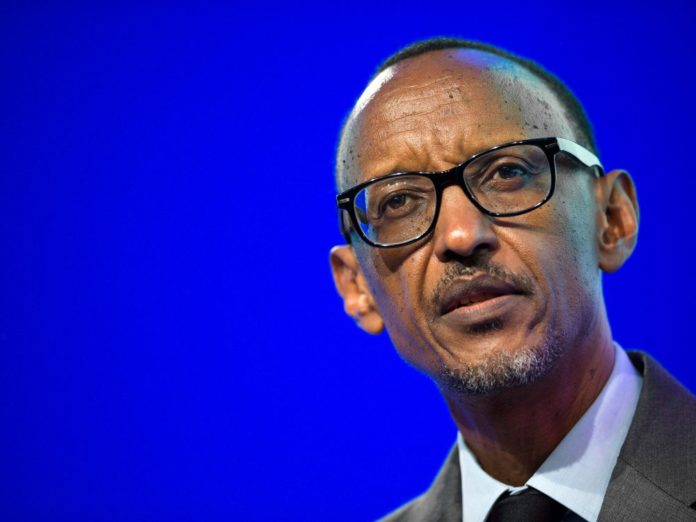 The KivuWatt gas project is owned and operated by US energy corporation ContourGlobal, which has signed 25-year gas concession and power purchase agreements with the Rwandan government to extract up to 100MW of electricity from Lake Kivu’s methane gas.

The 26MW KivuWatt gas power plant, launched on Monday, forms the first phase of the project, with the second phase of 75MW slated for construction early next year.

Local media reported that this project was subjected to delays; however, at the official launch in his speech, Kagame expressed gratitude to different stakeholders including the African Development Bank, US government, Netherlands, Belgium and other countries for not giving up on the project in efforts to address the country’s energy challenges.

He said: “The 26MW we have today is only one step, a very important, positive step. It won’t address our energy problems but it’s an indication of what is possible in trying to address this challenge.”

Among the dignitaries attending the launch was Emmanuel Kayumba Banza Mwana, director of cabinet at the Congolese ministry of hydrocarbons, DRC, Charles Keter, the Kenya cabinet secretary of energy and petroleum,  African Development Bank country representative, Negatu Makonnen and US ambassador to Rwanda, Erica Barks Ruggles.

“If our neighbours and friends want to join hands to bring this project to scale and produce electricity to serve Rwanda and DRC, I say you are most welcome,” he added.

ContourGlobal’s president and CEO, Joseph Brandt, noted that the company’s work was inspired by Kagame’s vision to control methane gas in Lake Kivu and solve challenge of electricity.

Brandt said: “In 2008 we entered into a partnership with the government of Rwanda to transform the menace of Lake Kivu’s unique gas deposits into the source of something good for the people of Rwanda.

“The hard fought KivuWatt project has realised the lake’s potential envisioned by President Paul Kagame. We are proud to have catalysed his vision into a substantial operating project that is mitigating the threat of environment catastrophe while providing clean, reliable electricity to Rwanda.

He continued: “Our design and technology are performing even better than expected and we are pleased to announce today that the gas extraction facility will support at least an additional 8MW of power generation. We are undertaking the works to transform this unexpected gas into electricity for Rwanda’s grid by year-end.”