The Rwanda Energy Group (REG) recently made progress in its ambitious target to add more consumers to the national grid by connecting a total of 400 homes including healthcare centres in Rushango District.

Speaking to the New Times, REG branch manager in Ruhango District Jean de Dieu Nyiringango said the connection of Nyarurama centre is part of a bigger project, which will soon connect more households to the national grid in the district.

“The project aims at connecting 4,200 households in three sectors of Ntongwe, Kinazi and Bweramana. This is in a bid to achieve the 100% access target by 2024,” Nyiringango said, adding that “currently, in Ruhango District, we are at 40%.”

Media cited information from REG, which indicates that the number of households accessing electricity in Rwanda has increased from 10% in 2010 to 42% in 2017.

Among the 42% accessing electricity, 31% of the households are connected to the national grid, while 11% are accessing power through off-grid solutions, mainly solar energy.

For some time now, health centres have had to rely on solar power, which after a while they abandoned and turned to using diesel generators, making it expensive to generate electricity 24 hours.

The director of Nyarurama Health Centre Israel Hagenimana told the New Times that lack of electricity was hampering with the efficient provision of services to patients at the health centre.

“We are moved beyond words now that we have been given electricity. The generator was costing the health centre a lot of money to buy diesel to keep it running for hours on a daily basis,” said Hagenimana.

According to the director, the health centre was spending over Rwf 20,000 ($24) on diesel every day to keep the generator running. 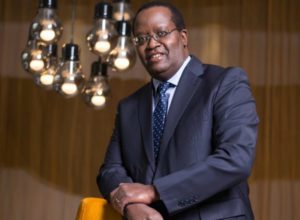