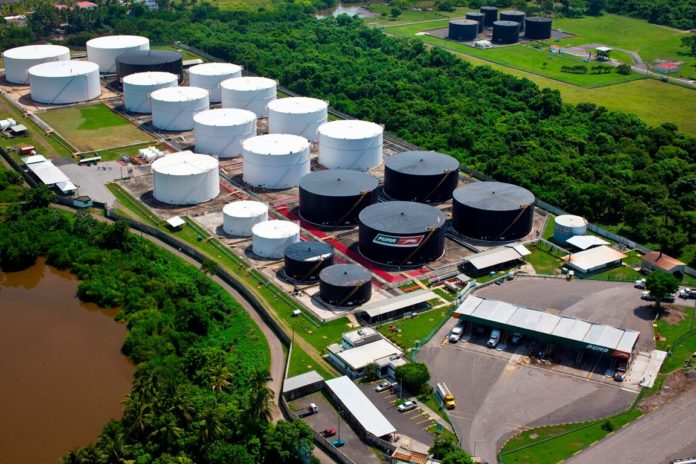 In East Africa, Puma Energy Tanzania, a subsidiary of global oil firm Puma International, has made a request for government to purchase its petroleum products in efforts to boost government revenues in the firm.

According to local media, the board chairman of the company, Dr Ben Moshi, stated this last week while presenting a dummy cheque of TSh4.5 billion ($204,000) to the minister of finance and planning, Philip Mpango, as dividends to the government for the year 2015.

It is reported that government has a 50% stake in the business while Puma International controls the other half.

During his presentation, Moshi appealed to the state to organise some control mechanisms that will prevent oil theft during discharge to its storage facilities, which according to him has caused losses amounting to TSh1.4 billion ($63,000) between 2014 and the first quarter of 2015.

“We could have paid more dividends to state coffers if government institutions purchased oil from the company and if there were no losses due to the theft,” Moshi stated.

The media reported that during the 2014 financial year, Puma Energy Tanzania paid dividends to the value of TSh3 billion ($13,000), adding that the company is said to be optimistic of increasing returns next year.

Speaking at the same event, finance minister Mpango highlighted that following up on government’s directives; all public institutions should from next financial year procure goods and services from state-owned institutions.

“I understand Puma Energy offers quality products, which have enabled it to win global recognition through the International Standard Organisation (ISO), and this should form a basis for public organisations to purchase products from the firm,” Mpango noted.

According to the media, the minister also applauded the company for paying dividends each financial year, which is said to play a role in improving social services.

Deputy Minister for energy and minerals, Medard Kalemani, commented: “I have taken note of the losses caused by theft, but I am sure the state-owned Bulk Petroleum Importation Agency, which started operations in December last year, will play a role to ensure such losses are eradicated.”