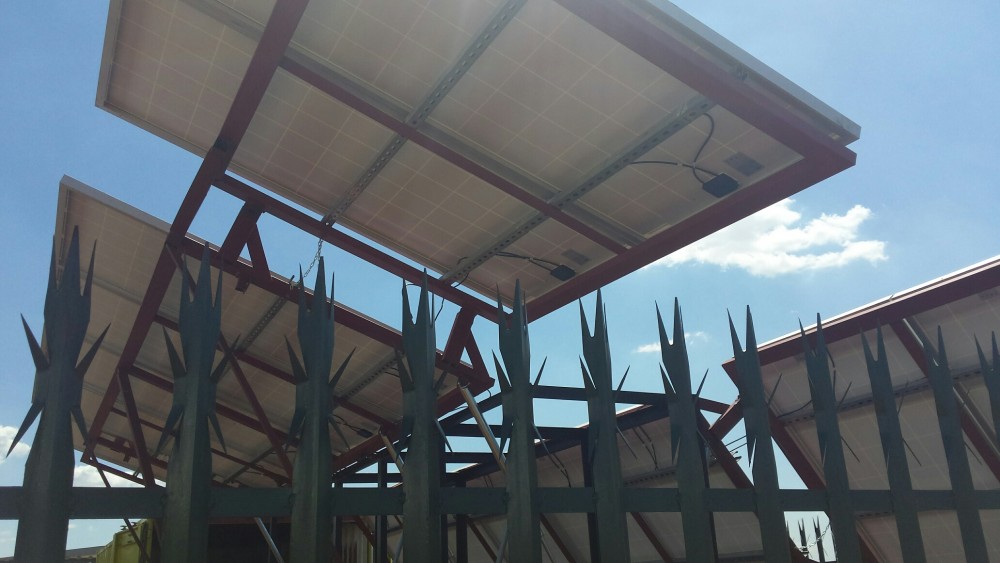 Dubbed the ‘PowerTurtle’, this solar technology has enabled the primary school, which is located in an informal settlement of Palm Ridge, to transition away from expensive diesel-powered generators to a more sustainable and green source of power.

According to an EnergyNet company statement, the off-grid primary school was spending around ZAR2,000 ($129) a week on diesel fuel.

[quote]Project partners include Gannie Nobel of RexiVista, Alastair Armstrong of AM Solar and Simon Gosling of EnergyNet Ltd.

Following an announcement at the ‘South Africa: Gas Options’ conference in October 2015, EnergyNet made an investment into the project.

“With crime and vandalism previously playing major roles in the disuse of solar PV power in South Africa, the PowerTurtle model is designed to provide secure, reliable and sustainable electricity for schools like Pheasant Folly Primary School,” EnergyNet said in a statement.

In February, James van der Walt, founder of Ugesi Gold and PowerTurtle developer, commented in a statement: “PowerTurtle is the first step towards secure, reliable and sustainable electricity for schools like Pheasant Folly Primary School.

He continued: “With this extra security the panels are set to outlast the harsh realities that off-grid schools face.”

The company added that the PowerTurtle is a unique, container-based design and at night the solar panels slide back into the reinforced six metre shipping container for safe keeping.

Van der Walt, together with his team, unveiled the power system in front of members of the community, investors and technology providers from the private sector, VIP guests from the IPP Office and the President’s Office, and children from the school themselves.

Speaking at the inauguration was Lungelwa Tyali, head of operations at Ugesi Gold, Karen Breytenbach, head of the IPP office, Department of Energy, Silas Zimu, senior advisor to the President on energy, the headmistress of the school and the project stakeholders.

Zimbabwe: 2016 to welcome a 2.72MW mini hydropower plant for Manicaland