Infrastructure projects, galore! Power plants of all sizes, distribution grids, gas pipelines, water networks, roads, ports, commercial and industrial construction – these, and more, are taking shape in many regions but does ‘galore’ fit the African market?

What adjective do you think best suits the outlook? Let’s take a closer look.

I will start in the horn of Africa with a project that is using smart microgrid technology to power the region’s largest port city, Berbera. Located in Somaliland, Berbera is now being powered through the grid network for this infrastructure project while being monitored and controlled using microgrid technology.

The special significance is that this scheme marries existing infrastructure to new power applications to keep a busy harbour town thriving with the flow of goods to the region.

Who would have thought to see investment in a microgrid that works in tandem with a utility’s network to achieve adequate grid stability? In this case, the utility, Berbera Electricity Company, benefits from two solar plants with a total capacity of 8MW, a containerised lithium-ion power storage system with 2MWh capacity and three modern diesel generators.

It shows the change in mindsets toward the type of infrastructure development we need. And this is not the only example of the readiness of grid operators to allow under-grid projects to enter their domains.

In my previous Ed’s Note, I highlighted two projects that fit this bill. Namely, the Utilities 2.0 Twaake project in Uganda combining centralised and decentralised technology; and the Mokoloki Village project in Nigeria that saw private and public sector team up where previously they would be seen as competitors.

It does seem that microgrids are where most of the development is happening in Africa. However, other sectors are attracting ventures as well.

An example is the Niger Delta Power Holding Company in Nigeria that started work on a new 15-kilometre 33kV line to restore power supply to a community that has been without electricity for a decade.

The project includes eight 300kVA and eight 500kVA distribution transformers to be installed within the community. Once completed, you can imagine the thrill of finally being connected to a stable supply of electricity.

Yet to be completed, this project represents the traditional market touchpoints that add to the multitude of plans underway. Such as geothermal schemes that are steaming ahead in East Africa, including drilling the first well by KenGen for the Ethiopia Electric Power Company. It is a topic we will explore more deeply in ESI Africa Issue 2-2021.

Given these projects and plans, would you agree that plentiful is a suitable adjective to describe the infrastructure development market in Africa?

Allow me to amend my opening catch-phrase to “African infrastructure projects, and the people that lead them are plentiful”. The amount assures me that you will be sending plenty of nominations for the 2022 African Power & Energy Elites yearbook. 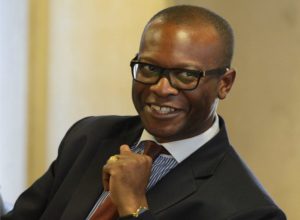