Johan Muller, Programme Manager for the Energy & Environment (E&E) team at Frost & Sullivan Africa gives his opinion on the hot topic which is currently on the lips of all energy stakeholders within South Africa: Nuclear.

Energy minister Tina Joemat-Pettersson said that South Africa will commence a procurement process in the second quarter of the current financial year to select a “strategic partner or partners” to build 9,600MW of new nuclear capacity, according to recent media statements.

The basis of this decision still seems to be the Integrated Resource Plan (IRP) 2010 document which was accepted by parliament.

The nuclear debate is a complex one, and in this case it does not warrant a debate on whether nuclear is a safe technology, or whether nuclear is ‘better’ than renewables – as is often fiercely debated on forums. When one looks at the global safety record of nuclear power plants, it is evident that as a technology, nuclear plants are relatively safe with roughly 10 incidents since 1957.

Granted, the scale of nuclear accidents has the potential to cause extensive damage compared to a gas turbine or a coal fired power plant. Also, the fact that these accidents happened in France, Japan, Russia, the UK and the USA is a factor to keep in mind.

The safety and environmental policies of a developed country versus the developing countries are likely to be placed under scrutiny very soon – in more detail (by the opponents of nuclear) – given that a couple of African countries now have serious nuclear aspirations.

Comparing nuclear to renewables in the African context is not fair, since it is not even close to comparing apples with apples. Nuclear will be used as a base-load power in South Africa, whereas this has not been the intention for renewable energy projects. Renewable energy technologies are investigating storage potential, which will move them closer to a base-load type of technology – this is however a medium term offering at this stage. One needs to look at the economic demand the country and region is faced with, first and foremost, since power supply is an economic enabler.

The burning questions that are yet to be answered, and that should be before a nuclear decision is taken, are:

Numbers have been mentioned of ZAR1,200,000 billion—roughly 10 times the cost of a Medupi. The question is simple: who will finance these deals? And more importantly, what will happen to the price of power, given that Eskom is going the route of cost-reflective tariffs? If the price of power hypothetically doubles – just linked to the introduction of nuclear – what will this mean for South Africa Inc’s global competitiveness?

As per a previous article by Frost & Sullivan: “The recent update to the Integrated Resource Plan (IRP) states that, at an overnight capital cost above $6,500/kW, no new nuclear capacity will be procured – with the capacity instead being allocated to concentrated solar power (CSP), wind and combined cycle gas turbines (CCGT).”

“This is critical, as the most recent nuclear power contracts in Europe suggest such a favourable cost scenario is unlikely to occur. The latest Russian (Rosatom) nuclear deal in Hungary for the Paks nuclear power plant cost $7,031/kW, while the contract for Hinkley Point C in the UK with Électricité de France (EDF) was believed to be concluded at around $7,900/kW.”

The current energy mix in South Africa is not resolved yet. We saw additional independent power producer (IPP) allocations being made last month, and the future of gas is also not certain, nor made public yet. Do we need nuclear if we can rather go the route of gas?

The IRP 2010 gives clear guidelines on the future energy mix, but it is important to note that the IRP 2010 is not cast in stone. It should be revised every 2 years, and be amended to address the changing economic landscape.

Signing a nuclear deal effectively locks South Africa into a project where there is little space to manoeuvre. Nuclear projects globally are facing budget and time overruns, with plants often taking 12 years plus to be completed.

How this will translate into the South African environment where, recently, projects have faced massive budget and time overruns to the tune of billions of rands, one can only but be concerned that we might lock ourselves into a contract that is not required given alternative energy mixes.

Economic direction of the country and growth needs

The current IRP 2010 was drafted on government growth paths of 5% GDP expansion per annum, which would require large additional base-load requirements, such as those provided by nuclear projects. However, recent growth in South Africa has barely been 20% of the expected 5%, with the outlook of the short to medium term being bleak.

The risk we stand to immerse ourselves in, is that we lock ourselves into a nuclear project based on dated projections. The alternative would be to invest into other solutions that are more scalable, such as modular power plants. The energy business model is changing from one which was traditionally generation-transmission-distribution based (in one direction); to one where the end-users are also generating power and transmitting power back onto the grid.

Nuclear as a solution is part of the old model, with the modern trend being smaller, modular plants closer to the end-consumer. This also explains the amount of end-users weaning themselves from Eskom, effectively changing the whole business model.

Ability to manage such a mega-project

There are big question marks hanging over the South African government’s ability to manage a nuclear programme, given the recent spate of projects, which have not gone according to plan (Medupi and Kusile). Nuclear projects, due to the large capital nature, are prone to corrupt activities.

Also, given the labour unrest at Medupi, there seem to be many issues that need to be resolved before decisions can be taken. The ruling to give nuclear the green light should not be seen in an energy vacuum, and involves various stakeholders in the water, environmental, transport, land and agricultural, and municipal space.

But this all boils down to the core question: who is going to pay for nuclear if more and more industrials and corporate businesses are weaning themselves from public sector provided power?

Johan Muller has over 8 years advisory expertise, including legal and business consulting. His industry knowledge spans various sectors within the public and private sector space; including: energy, transport, business optimisation and implementation activities. 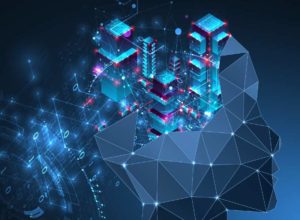 How to improve engineering training in the face of 4IR advances