Nuclear power is in South Africa’s energy plans and the department of mineral resources and energy minister Gwede Mantashe made this clear in 2019 when he called nuclear a “no regrets option”.

Mantashe has now mentioned in Parliament that he has initiated an investigation into the development of 2,500MW of new nuclear power. That is excellent news.

But one can be sure that the anti-nuclear scaremongers will react and bring out endless anti-nuclear stories to try to undermine the plans. There is a list of nuclear topics which the anti-nuclear lobby bring up, as regular as clockwork, to use in scare stories. The thinking public must think twice and then ask themselves probing questions, when confronted with anti-nuclear claims.

Nuclear waste is a topic that is regularly projected to the public as a scary, mysterious problem. On TV programmes about nuclear one sees concerned and frightened faces, often accompanied by sombre background music. The entire approach is designed to frighten the public, and it works. Watching such televised footage is often like watching a magician’s show; smoke, mirrors and dramatic music, and then the outcome is flashed to the audience, making sure that they do not see how it was done.

The anti-nuclear lobby do not want the public to know the truth, so their version of reality is projected as mysterious and ghostly. The result is that the public start to believe in nuclear ghosts. Ghosts are scary, you never know when and where one will appear, or what it will do…but it’s got to be bad.

The nuclear science and engineering fraternity, worldwide, have not been good at projecting the genuine picture. Generally, they tend to be poor at projecting complex science to the public, and then amongst themselves complain that it is time that ‘the authorities’ did something about this.

Let me draw an analogy with the game of cricket, which may seem odd but it is valid. Ask the question; is it possible for a cricket player to die from playing a game of cricket. The answer is a resounding yes.

When a bowler bowls a ball at a batsman the ball can travel at more than 100km/h. If that ball hits a player on the side of the head it can kill him. In 2016 Protea’s fast-bowler Kagiso Rabada became the youngest South African bowler to take 10 wickets in a test. He regularly hurled the ball at speeds of over 140 km/hour. Young national bowling star Lungi Ngidi has shown that he can reach ball speeds of 150 km/hour. These are killer speeds, for sure.

A batsman running towards a wicket, wearing bulky pads and carrying a bat, could trip and fall onto the wickets.  A wicket could pierce his chest and kill him. A batsman could take a mighty swing at a ball, miss, and hit the wicket-keeper in the face, and kill him. We can go on. Yes, you can die playing cricket, but how many players do die. The answer is; virtually zero.

Cricket is popular in schools. Now imagine if there was an anti-cricket campaign mounted. Imagine seeing face after sad face on TV, with sombre music, explaining how a high-speed cricket ball could crush your child’s face. Imagine computer-generated graphics showing a batsman falling on wickets, which would be called ‘killer spikes’ or ‘deadly pointed poles’.  Imagine a bat being called the ‘willow widow maker’.

If this were all to happen, schools would soon ban cricket. Parents would instruct their children to stay far away from any cricket ground…and so it would progress.

Cricket enthusiasts would quietly respond that; “Well yes it is remotely possible to die from cricket, but it actually never really happens.” The aggressive TV interviewer would say; “But you do concede that a very fast cricket ball could smash the face of an innocent young player.”  “Well yes…but…”

Meantime, in general terms, the public demands to be told the truth about all matters in life. The public demands ‘transparency’ and gets upset when public figures appear to be ‘hiding behind smokescreens’.

The public really do need to know the truth about nuclear power. This is important, not only for their own peace of mind and sense of self respect, but also because the opinion of the public is an important part of national governance. A government does not want to be seen to be taking decisions that are unpopular with the voters. A government certainly does not want to be seen to be forcing its will on the people. So an informed public opinion is a necessary part of a government’s responsible decision making cycle.

The nuclear fraternity of science and engineering companies needs to get together to present a true picture to the public, so that wise and informed choices can be made, not based on ghost stories or fear-mongering.

Clouds of suspicion and uncertainty need to be cleared away. Let us look at an issue known as the Linear No Threshold theory, or simply as LNT. This is an argument which claims that there is no safe lower dose of nuclear radiation. The anti-nuclear lobby love LNT. For them it is so powerful, because it implies that any nuclear radiation at all is dangerous. The snag is that this is just not true. It is one of those ghost stories.

We need to tell the public all about nuclear power in a language that they understand. Nuclear is definitely mysterious, so it is quite hard work to project the reality of the situation with imagery that is meaningful to the whole populace.

Dr Kelvin Kemm is a nuclear physicist and is CEO of Stratek Business Strategy Consultants, a project management company based in Pretoria. He carries out business strategy development and project planning in a wide variety of fields for diverse clients. 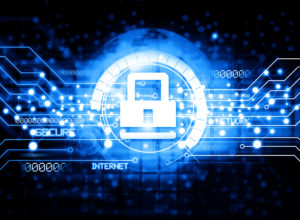 What to know about General Data Protection Regulation