After a decade of deflation in renewable energy costs approaching 10% annually, and an extended global economic lockdown due to the coronavirus pandemic, the credit appeal of coal-fired power plants has never looked worse.

Japan’s Sumitomo Mitsui Banking Corporation (SMBC) and the Mizuho Financial Group both recently announced new coal financing restriction policies, as did ABSA bank of South Africa. And Citi from the US also moved much closer to the exit.

Governments and corporate leaders are also moving away from coal. President Moon Jae-in of South Korea made significant waves with his Green New Deal to cease coal financing globally, while Ayala Corporation of the Philippines and Verbund AG of Austria have both announced their exit from coal, with the latter stating “the future belongs to renewable energy”.

Along with Shell, Total and BP’s recent commitments to move into zero emissions electricity generation, these are all very significant moves building on the momentum of global financial institutions’ accelerating exit from coal, pivoting to sustainable growth options.

Coal is the largest and most carbon emissions intensive source of power. The International Energy Agency models that unabated coal use must cease globally before 2050 for the world to have a chance to keep temperate rises below 2°C.

While financial markets have historically been more motivated by pots of money drained from fossil fuels than climate concerns, the requirement to fulfil fiduciary duty while meeting growing shareholder concerns, coupled with the near negligible drop in global emissions despite the recent massive slowdown in economic activity, are all acting to force an inevitable and necessary behavioural change.

The rate of globally significant banks, insurers and asset managers/owners announcing new or improved coal restriction policies has accelerated by 50% to-date in 2020 relative to last year to reach 21, and the variety of players highlights the increasing central desire to change direction and align with the Paris Agreement.

All up, ABSA of South Africa’s first coal exit policy announcement takes the count to 127 globally significant financial institutions in total that have announced coal exit policies since 2013.

Citi has additionally committed to reviewing a coal firm’s environmental, social and corporate government (ESG) performance. By the end of 2025, the company will halve its coal credit exposure from a 2020 baseline. By 2030 it will reduce it to zero.

The American financier has also committed to cease the global provision of project-related financial services for transactions supporting the construction or expansion of coal-fired power generating plants, including refinancing recently constructed plants (note this does not yet preclude corporate loans). This includes transactions supporting the direct supply chain (but not so far excluding associated rail and port infrastructure). And finally, in correctly assessing the technology-driven energy transition currently occurring in markets globally, Citi has made a commitment to evaluate the firm’s strategic plan for transitioning to a low-carbon energy future.

Sustainable energy system of the future is on

Renewables are now the low cost source of energy, and they have near zero carbon impact on our warming planet. IEEFA expects the deflation of renewable energy costs to continue for the coming decade, accelerating the realisation of stranded asset losses for aging and obsolete fossil fuel technologies.

India is a world leader in embracing the opportunities of the current energy system disruption. While the energy security imperative is clear given India’s massive overreliance on volatile fossil fuel imports (and now more so than ever in a globally supply constrained world), the economics have won the fight. The cost of renewable energy in India is now 20 – 30% lower than the cost of a new domestic coal-fired power plant, and 50% below that of a new import-reliant coal power plant. Even as electricity demand has collapsed 27% this month to-date, the Indian government announced the awarding of a $2 billion 2GW solar tender at a near record low price of Rs2.55/kWh or $33/MWh.

In the meantime, coal-fired power generation finance is getting harder to get. As stranded asset risks in coal continue to rise, financial institutions are refining their ESG policy frameworks and increasingly taking a commercial line aimed at avoiding losing even more capital – be it debt, equity or via insurance losses.

The biggest asset manager in the world BlackRock made a landmark announcement in January 2020 to divest thermal coal mining exposures from its $1.8 trillion of actively managed funds. Since then, there have been a further 20 announcements from financial institutions releasing their grip on coal. This year is likely to prove the beginning of the end for the thermal coal power industry globally

Coal use globally peaked unexpectedly back in 2013, and it appears that coal power generation actually peaked in 2018. There was an unprecedented and unexpected 3% decline in coal-fired power generation globally in 2019, and it’s now set for a second consecutive decline in 2020. Financial institutions were reading the state of play before the economic lockdown. The COVID-19 pandemic provides some time for everyone else to catch up. The pivot to a more sustainable energy system of the future is on. 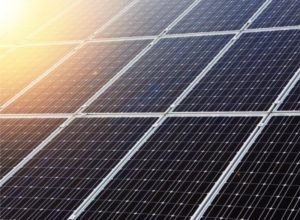