The certainty of energy security in South Africa depends on Eskom’s functionality and its operational model, which has reached a tipping point writes Ashley Nyiko Mabasa.

It is the role of the state to ensure that there is energy security in South Africa, particularly amidst the COVID-19 pandemic.

The pandemic has exposed the evils of inequality and poverty, which we only read about in the comfort of our flamboyant suburbs.

Under these circumstances of COVID-19 and the current cold weather, our country cannot afford power cuts.

The government needs to save Eskom, and this can be attributed to one way of forging the struggle against COVID-19.

Eskom is a monopolistic state entity generating electricity in our country. Eskom supplies South Africa with about 90% of its electricity.

The certainty of energy security in our country depends on Eskom’s functionality and its operational model.

In May, Eskom CEO André de Ruyter announced that the utility will be renegotiating the Power Purchase Agreement (PPA) with Independent Power Producers (IPPs). The IPPs generate electricity which supplements Eskom with additional energy supply.

The reason Eskom’s attempt at renegotiating the IPPs procurement is to try to persuade the service producers to reduce the net cost of electricity to consumers.

De Ruyter is finally executing the call by Minister of Energy and Mineral Resources Gwede Mantashe, who called for renegotiation of purchasing power agreements.

This is one of the steps towards addressing Eskom’s issues such as loadshedding and ballooned debt, which currently stands at about R450 billion.

The renegotiation must intend to drive Eskom towards not incurring expenditure to IPPs. Furthermore, the renegotiating PPAs must not only centralise around reducing the cost of IPPs, but must be about adding kilowatt units from IPPs to deal with load-shedding.

renegotiating PPAs … must be about adding kilowatt units from IPPs

Eskom was declared insolvent early last year. However, I believe that Eskom as an organisation, in trading principles, cannot be insolvent, since they can be bailed out and now considering the intervention by PIC.

In 2019, the ANC Lekgotla assessed Eskom’s insolvency and the consistent failure to balance the utility’s financial books with managerial problems, and resolved that Eskom must be unbundled into three entities: Generation, transmission and distribution with independent boards and managements.

However, on 17 October 2019, a report produced by CRO Advisors’ Independent Chief Reconstructing Officer (ICRO) highlighted that due to Eskom’s organisationally dysfunctional, financially insolvent, unreliable and corrupt entity, the utility is not ready to be unbundled into three operating entities.

Eskom is insolvent and it is going to concern citizens as this impacts our economy negatively. It is not generating enough revenue to run its operations and services, while its debt is expected to pose a record loss this year again.

Therefore, we can expect it to be bailed out by National Treasury again. However, the Deputy Minister of Finance, David Masondo, in addressing a JP Morgan South Africa conference, assured that the National Treasury, the Department of Public Enterprises and Eskom are working together to develop innovative solutions.

The availability and stability of electricity supply or energy security in South Africa are severely constrained as a consequence of the current crisis at Eskom. This affects nearly every aspect of national life and has profound implications for the provision of essential services, economic growth, employment and investor confidence.

The ANC’s 2019 Lekgotla resolution to divide entities into three operating companies was not welcomed by South Africa’s trade unions such as COSATU and Numsa.

The rejection of the resolution came with the anxiety of some South Africans who assume that the government wants to open a door for Eskom’s privatisation. This is because political parties such as the EFF have characterised President Cyril Ramaphosa as a neo-liberalist who believes in privatisation.

“To bring credibility to the turnaround and to position South Africa’s power sector for the future, we shall immediately embark on a process of establishing three separate entities – Generation, Transmission and Distribution – under Eskom Holdings….This will ensure that we isolate cost and give responsibility to each appropriate entity…This will also enable Eskom to be able to raise funding for its various operations much easily from funders and the market.” Source

The president acknowledged Eskom’s challenges and assured South Africans that the government is willing to resolve those challenges.

However, he failed to understand that Eskom’s ability to generate sufficient electricity to meet demand is extensively compromised by, among other things, unplanned outages due to poor maintenance, unreliable and expensive coal supply, and flaws in the design and operation of the newly-built Medupi and Kusile stations.

Eskom’s financial position is the result of, among other things, cost overruns in the new build, huge increases in coal and personnel costs, escalating municipal debt, corruption and inconsistencies with regard to energy policy.

Furthermore, Eskom’s dire financial position poses a danger not only to Eskom itself but also to the fiscus, the debt obligations of other state entities such as Transnet and the entire economy.

The government must resolve Eskom’s challenges because they pose a threat to our country and the national economy. Significant progress has, however, been made over the last year in addressing some of these challenges, such as measures to root out corruption, the development of a nine-point turnaround plan and measures to restore coal stockpiles.

With regards to Eskom’s renegotiating of PPAs with IPPs, the IPPs are not only significant for supplementing Eskom with energy supply, but they are also important for government policy position to meet the Integrated Resource Plan 2019 set target of reducing carbon-intensive energy systems with clean energy production. The IPPs will also help the government with decommissioning the coal power station and ultimately assist with load-shedding.

Read more news on the IRP

However, the government needs to undertake immediate technical work on possible interventions to relieve Eskom’s debt burden and constrained cash flow. These could include a debt transfer, creative bond issues or equity injection to restructure Eskom’s balance sheet.

In addition, this would include active participation by development finance institutions. This must take place in line with support to Eskom, which must be linked to performance improvements and progress in restructuring.

Eskom must also address wastages in coal contracting through the recapitalisation of cost-plus mines.

The power utility also needs to resolve the issue of personnel costs. Costs need to be reduced, especially at executive and senior management level, in a manner that reduces any negative impact on staff. For example, the Eskom wage bill in 2018 was R28,83 billion, and increased to R32.35 billion in 2019. This includes salaries, benefits, leave and bonuses.

However, the government must unbundle Eskom into three operating entities and open up the Generation Entity to compete in the market. This will allow the IPPs to connect to the grid. However, it is crucial to protect transmission and distribution from the competition in the market.

About the author
Ashley Nyiko Mabasa holds a Master’s degree in labour and economic sociology at Wits University focusing on energy policy. He is the deputy director researcher and speechwriter at the Department of Sport, Arts, Culture and Recreation in South Africa. 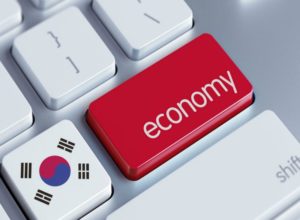