The rapid growth of the solar photovoltaic (PV) market has resulted in more new PV capacity installed in 2017 compared to any other generation technology. What is this technology made of and what can we expect in terms of innovation in the near future?

According to a recent report by the Fraunhofer Institute for Solar Energy Systems, a total deployment of 415GW of solar photovoltaic (PV) systems has been installed worldwide, with roughly 100GW installed in 2017 alone. Another 80 to 150GW is projected to be installed annually from 2018 to 2022.

In essence, a solar PV cell converts photons from the sun into electrons that can be harnessed and converted to alternating current (AC) to do work in conventional electrical circuits and systems. The solar PV cell uses our solar fusion reactor to provide the fuel to generate clean, renewable energy here on Earth. However, solar PV cells are typically small, ranging from 1mm x 1mm for a high efficiency multi-junction solar cell, to 156mm x 156mm for standard multi-crystalline cells.

The real power is derived by combining the individual PV cells into modules and the modules into systems that are large enough to meet the electricity demand of a house, a business, a community, or a region. Solar energy generation is easily scalable by increasing the active area exposed to direct sunlight and not so easily scalable by increasing the conversion efficiency of the cell itself. Furthermore, the laboratory-achieved conversion efficiency is generally at a smaller sample size, and it decreases in the process of large commercialisation.

Figure 1 shows the world record solar cell efficiencies over the past 40 years for various PV technologies. The figure also illustrates the variety of PV cells under development over time. A vertical slice in 1980 shows five technologies under development and a vertical slice in 2015 shows a jump to 13 technologies. The main technology driving the solar industry today consists of the silicon wafer-based PV cells integrated into glass-cell-backsheet modules.

Multi-crystalline and monocrystalline cells have been in production for decades and supply roughly 95% of today’s global market. Figure 1 also shows record efficiencies for multijunction solar cells upwards of 45%. These cells are typically used for space applications and terrestrial modules designed to concentrate the direct beam sunlight onto the small area, high-efficiency cell.

The emerging PV technologies appear in the bottom right corner of Figure 1, with Perovskite cells and Quantum Dots demonstrating rapid improvements in cell efficiency over the past 5-10 years. Finally, the long history of thin-film technologies occupies the space between the crystalline cell efficiency and the emerging technologies. Copper-indium-gallium-selenide (CIGS) and cadmium-telluride (CdTe) based cells have come to dominate this space in today’s market.

Thin-film manufacturing is dominated by CIGS and CdTe cell technologies. Steady gains in efficiency for both technologies can be seen over the past five years. Solar Frontier, the leading manufacturer of CIS solar panels, announced in December 2017 a record conversion efficiency of 22.9% on a small area cell. First Solar Series 6, the largest manufacturer of CdTe thin-film modules, has introduced a panel that is 3x larger than previous generations in order to reduce the cost of installations for large commercial and utility scale projects.

Bifacial modules are now offered by several manufacturers; these are designed to capture light from both sides of the module. The solar cells appear essentially the same from the front and back due to the cell manufacturing process – the clear backsheet or glass substrate further allows sunlight to reach from the back side. New testing standards are under development for bifacial modules, but the energy yield will still depend heavily on the mounting configuration and location of the modules. The additional energy yield over time of the bifacial module will have to outweigh the upfront cost for these modules to really take hold in the market.

Passivated Emitter and Rear Cells (PERCs) are offered by a number of manufacturers, and they are expected to dominate the market by 2020 according to Martin Green of the University of New South Wales. PERC cells require additional process steps designed to reduce the recombination losses at the back surface and increase light absorption, thus delivering higher efficiency compared to standard cells. However, PERC cells may be prone to higher light induced degradation (LID) when initially exposed to sunlight, and the natural regeneration can take some weeks or months.

Solar cell interconnection is trending towards a greater number of wires, while the current 3-wire interconnection may become obsolete in the near future. The LG Neon 2 is offering a module with 12wire interconnection, and other companies are experimenting with wire mesh interconnection. The increased number of interconnections promises to improve module efficiency by reducing current flow in each wire, which reduces resistive losses and maintains a lower operating temperature. Multi-wire connection also minimises the risk from cell cracks.

Split cell module manufacturers are increasing, including Trinasolar and REC. These modules promise increased efficiency by reducing current related resistive losses and higher shade tolerance due to substring layout and bypass diode placement. Shade impact is mitigated by the use of bypass diodes in conventional modules, but the newer designs can reduce the active area impacted by shade depending on the design and the mounting configuration. Split cell modules are made from half cut cells or even smaller slices as in the case of the Sunpower P-Series. The P-Series module has the additional feature of shingled interconnection, which eliminates the white space between cells on conventional waferbased modules, thereby increasing the active area.

Multi-junction solar cells continue to show the highest efficiencies of any single-junction or tandem-junction cell, yet the market share remains small. Multi-junction cells are designed so that each layer is optimised to convert a certain range of the spectrum from the natural sunlight. Light is then concentrated onto these small area cells by using mirrors or focusing lenses. Several innovations in packaging and tracking concentrator solar modules have taken place over the past 10 years, but the cost benefit of using CPV has been diminished by the precipitous fall in the cost of flat plate solar modules.

This list of innovations in the module space is certainly not exhaustive, but it does cover many of the observable changes in the module design. Far more subtle changes are made by manufacturers on a regular basis to lower costs and become more competitive by adding new component suppliers and optimising process steps. Many of these small ‘innovations’ can lead to the desired cost reductions and superior performance, but in some cases they can also lead to higher reliability risks. The specific bill of materials (BOMs) and production line that describe the make-up of an individual module are generally unknown to the consumer, and the BOMs can vary among modules with the same exact model number.

Quality control during the manufacturing process may also impact the module reliability. For these reasons, the South African electric power industry would benefit from a regional solar PV research and testing facility to provide accelerated stress testing services on modules and BOMs destined for the local market. ESI

Lawrence Pratt is currently a principal researcher at the CSIR Energy Initiative in Pretoria. He holds an MSc. in Applied Statistics, and his career spans R&D, manufacturing, process engineering, and testing and certification in both the semiconductor and solar PV industries.

Disclaimer: The CSIR neither endorses nor recommends any of the products or technologies listed in this article, nor does it disparage any other product or technology not mentioned. 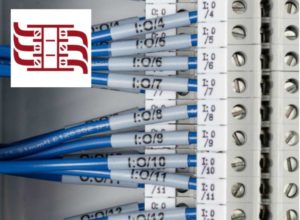