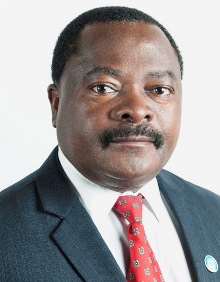 As a believer in the energy mix, the Nuclear Industry Association of South Africa (NIASA) has never been opposed to renewables and our official position is that we need all the energy sources at our disposal in order to develop our country, writes the Association’s Managing Director, Knox Msebenzi.

There are some stakeholders that popped their champagne corks when the energy minister announced the signing of 27 renewable energy IPPs. It is right and proper that the department should honour any contractual agreements it has with any stakeholders. That is what happens in a country where there is respect for the rule of law and we want to send a message out that we are serious about attracting foreign investment.

However, we need to be cautious about the decisions and the commitments we make. The IPP development may very well have delayed the new nuclear build programme, but it has by no means given nuclear power a red card. In fact, this success by the renewable energy (RE) IPPs may turn out to be an own goal.

A vigorous campaign has been waged that has pitched RE as this natural energy source that is clean, both in terms of technology and governance and is very cheap (prices are said to have been drastically dropping). An expectation has been raised within the psyche of the public and politicians that electricity prices will also drastically fall. A reality check awaits us in just a few years from now.

In the absence of any new nuclear build, if electricity prices continue to rise when new management at Eskom and Luthuli House have been in place for a few financial years, we will be able to reflect and ask where is this ‘Canaan’ we were promised. Down the line, we won’t be able to apportion blame on ‘corrupt’ officials and there will be no new nuclear power plants to blame while Koeberg continues to shine as a source of cheap and reliable base load power. Even those that were seduced by the attractiveness of RE will start to ask questions; and specifically about the 61,600 jobs promised – and there had better be answers.

Punching holes in the plot

The anti-nuclear campaign was hinged on discrediting nuclear as an expensive, corrupt, unsafe technology versus the clean, transparent and safe RE. The national discourse on energy source choices unfortunately was done without a moderator or umpire to make sure that the audience received messages from all the participants. In fact, in today’s environment where access to information is assisted by the internet, there was no distinction between debaters and audience. Imagine a hall full of people and nobody in charge of order and people debating the death penalty, for instance. I am deliberately exaggerating to make a point here. I am not undermining anybody, but I am stating that the national debate (if we should even call it that) was not done properly.

As part of our submission to the position paper by the NPC, NIASA has argued that the statement, “The Investment levels required for a nuclear programme in South Africa will be unprecedented…”, while true, could however be misinterpreted as suggesting that the nuclear programme does not have a business case for its implementation based on suspected cost and time overruns. The paper goes on to say that nuclear should be affordable both to the end users and the national fiscus. It further states that the “evaluation criteria specific to nuclear should include, inter alia, financing options, institutional arrangements, safety, environmental costs and benefits, localisation and employment opportunities…”.

Our position is that these criteria should apply to all the energy sources, including renewables. Uranium enrichment and fuel fabrication constitute an opportunity for beneficiation of the mineral and should therefore not be identified as a risk factor. It is not difficult to see that a nuclear power plant generates sustainable jobs over the lifespan of the plant.

Another important factor to consider is that a large portion of the upfront costs of these plants goes into infrastructure development – roads, rail, water and general civil construction. A huge amount of concrete will be poured into the plant and this can only mean upstream jobs for the cement companies. There will also be a huge amount of rebar used, which is good news for the steel industry.

The other aspect mentioned in the NPC paper is regulatory capacity as a unique risk. The general policy of the National Nuclear Regulator is that it will not license a ‘first of a kind’ design. In other words, the regulator will only consider a design from a vendor which has been successfully implemented in another country as a reference plant. This makes the capacity required to license such a plant relatively less cumbersome than new technology.

Besides, this also constitutes an opportunity for the country to beef up its regulatory capacity (thus creating employment), which will have a net benefit for general oversight of other nuclear radiation related risks outside of power generation, such as radiation protection measures in the mining industry in general. Uranium ore tends to coexist naturally with gold ore and as in the regular extractive process of mining, a regulatory regime is required to protect the environment and people from harmful effects of radiation. There is a case to strengthen regulatory capacity anyway, besides the new nuclear build programme.

There is also reference to “global trends and modularity with the associated flexibility robustness of investment decisions”. A look at the trends in the BRICS countries shows a definite resolve to be bold with both nuclear and RE programmes. China is the biggest developer of nuclear and RE in the world. India has similar trends as it has recently decided to add 12 nuclear reactors. It would be foolhardy for South Africa to benchmark itself with a country like Germany or any other country in Western Europe.

This is indeed applicable to all technologies. The unfortunate association of nuclear with corruption is something the nation should be able to handle. Nuclear technology is not corrupt. People are. The technology is not inherently amenable to corruption. The highly regulated nature of the industry should make it even more difficult to conceal any shady deals.

“Information publicly available in a number of jurisdictions globally should inform future nuclear energy provision, which would need to be considered in the context of the entire suite of alternatives.”

Comparisons of costs of nuclear versus other technologies have largely been unfair as they were not equitable. A comparison of a MW installation of solar PV and a MW of nuclear is comparing oranges with apples. All the costs required to make up for solar PV’s intermittency need to be factored in. Further investments in storage and additional capacity to generate for storage while the sun shines need to be factored in. A consideration of the life span of the installation also needs to be considered in order to determine the levelised cost of electricity.

The country knows about the costs of renewables because there was a process known as bid windows where these determinations were done on a competitive basis. No such process has been done yet for nuclear. Costing a project can only be done once it has been scoped. The government has publicly stated that the intention is not just to procure MW from nuclear, but to develop and localise the industry for the benefit of the economy at large. South Africa is well endowed with rich mineral deposits including uranium. To beneficiate all the resources can only be good for economic development.

The concerns about “safety of nuclear power plants and nuclear waste” are a matter of concern only if stakeholders are not properly informed. The three famous accidents often repeated to demonise nuclear do not in any way make nuclear energy the most dangerous energy source when considering global statistics of deaths per MWh generated. Nuclear generates very little waste as the fuel required is very small in volume. Since its inception in 1984, the nuclear waste generated by Koeberg can be stored in less than half a tennis court. The fuel can be safely stored on site as spent fuel and is rigorously regulated by the National Nuclear Regulator.

A lot of research and development has been done to reduce the costs of these SMRs to be comparable even to coal plants. SMRs were developed primarily for applications in the military and a move towards commercialisation will see costs go down drastically, as we have seen costs of solar PVs coming down too.

NIASA believes the best way for the sustainable development of the economy of South Africa starts with a major investment in the energy sector to provide affordable quality electrical power. The energy mix approach adopted by the South African Government is strongly supported by NIASA.

The only discussion should be determining what the optimal mix is. A number of highly publicised studies tend to favour certain technologies to the detriment of others. Models are only as good as the assumptions and the inputs used. Each of the energy sources has its pros and cons, but each has the potential to stimulate economic activities in its technology sector. A winner takes all approach of side-lining any energy source can be detrimental to the country. ESI