During a site inspection at the Kaduna Power Plant in Nigeria, the Minister of Power, Works and Housing, Babatunde Fashola was informed that four out of the eight turbines at the plant are completed and ready to be powered.

Sunny Okwedi, the Project Manager of Rockson Engineering Limited, assured the Minister that work at the power plant is making steady progress.

Media cited Okwedi stating that the engineering work on the project is 98% completed, procurement 93% and construction 76%.

Okwedi said vital equipment meant for the construction work has been procured and is being installed. Read more: NERC to end estimated billing via new regulation

He said that the four completed turbines would not be switched on until the Power Control Motor (PCM) was installed with the switch yard commissioned.

“I cannot say exactly when the four completed turbines will be switched on because we have a management change; there is a receiver manager that just came in.

“The installation of the PCM and the commissioning of the switch yard are important to power the turbines and those contracts have to be reactivated before we can make headway,” said Okwedi.

He continued: “We have done the cabling works, the pipe connection, the fuel tank with the switch yard and its control building almost completed.

“The PCM is already on site and from the discussion with our receiver managers, we are going to start the process of installation by next week.”

Speaking during a press briefing, Fashola said there have been some improvements when compared to his previous visit last year.

“It was essentially the way these things were procured. Some have moved faster than others and there are lessons to be learnt. I am pleased that there is progress.” 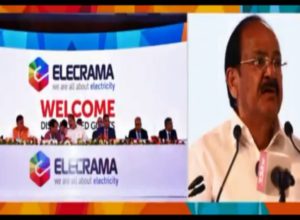