The Nuclear Industry Association of South Africa (NIASA) welcomes government’s commitment to nuclear generation capacity as part of the energy mix provided for by the Integrated Resource Plan (IRP) for the period up to 2030.

The commitment was announced at the 2019 Budget Speech by the Minister of Mineral Resources and Energy, Gwede Mantashe.

In a statement, applauded the inclusive approach being taken by the Minister regarding the country’s energy mix.

Minister Mantashe said: “To say nuclear energy is too expensive is misleading. The approach to South Africa’s energy sector should be one of balancing all the different sources together.”

This approach to the energy mix has been the view held by , which stated that it would be unwise to exclude any energy source given South Africa’s unique developmental needs.

According to the Minister, although Koeberg nuclear power plant was currently generating the most cost-effective electricity in the country, it is “getting on in life” and that government is planning to extend the life span of the nuclear power station.

The Minister also noted the broader role of nuclear technology beyond power generation.

“Nuclear use goes well beyond just the use of energy. Part of it can also be used for cancer treatment,” he said.

This Ministerial endorsement augurs well as South Africa is amongst the top three global producers of medical isotopes used in cancer diagnosis and treatment through NTP Radioisotopes Pty Ltd, a subsidiary of the South African National Nuclear Energy Corporation (Necsa).

This treatment is accessed by 10 million people across the world and locally through tertiary hospitals, such as Steve Biko under Professor Mike Sathekge.

Get the latest in Nuclear news here

However, speaking at the opening ceremony of the 30th technical working group meeting of the African Regional Co-operative Agreement for Research, Development and Training related to Nuclear Science and Technology (AFRA), the Minister lamented the prolonged shutdown of the critical state-owned nuclear medicine producer, NTP Radioisotopes, due to operational issues.

He said he would make it a priority to tackle the challenges facing NTP so that it can retain its global competitiveness. The plant has been back in production since the end of June. There are lessons to be learnt on ensuring sound safety management, the minister noted.

NIASA pledges its support to the Minister’s efforts to grow the nuclear industry so that once again, it can play its part in advancing the nation’s development goals. 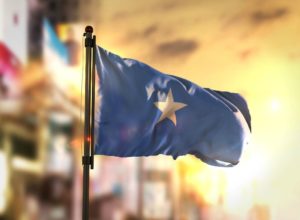