It is a brave move to take on the role of CEO at South Africa’s debt-riddled state-owned power utility. I salute the 142 candidates who applied for the position; however, do wonder what type of personality will succeed as Eskom’s 13th captain at the helm of a sinking ship.

The utility is in its financial, managerial and operational death throws – it’s in desperate need of decisive leadership as the unbundling of this monolithic organisation will require clear communication with investors, unions and the government purse.

Stepping up is Andre de Ruyter. He is about to embark on leading the Eskom team along with the likes of Calib Cassim (CFO) and Jan Oberholzer (COO).

Both have strong personalities with years of industry experience along with the department heads for generation, transmission and distribution.

Surely their knowledge alone is sufficient to keep this ‘captain’ duly informed to make favourable decisions?

While at Nampak, de Ruyter’s role overlapped with Finance Minister Tito Mboweni’s chairmanship of the company, which began in 2010 and ended in 2018.

Having worked with Mboweni during that time could be the ‘partnership’ needed to clear Eskom’s unbundling hurdle.

There is also the niggling concern around Nampak’s share price plunging during de Ruyter’s tenor from a high of R48.85 in November 2014 to as low as R6.85 last week.

According to data from Bloomberg, during that time, de Ruyter earned R21.5m in bonuses. In 2018, his remuneration came to R16.5m, including a bonus of R8.8m even though the company’s share price sank 15%.

These figures, along with the public opinion that his lack of engineering and public sector expertise, will put Eskom at a disadvantage. Especially during the current industry transitional phase.

Should we read something into the fact that of the 142 candidates vying for the position, only eight were employees of the power utility?

After a seemingly gruelling (with frustrating delays and months of speculation) interview process, three candidates were shortlisted to lead the loss-making utility out of its debt crisis.

These reportedly included former LNG Canada CEO Andy Calitz (who incidentally started his career as an electrical engineer at Eskom) and Jacob Maroga, who was Eskom CEO from 2007 to 2009.

However, speculation about who the third person was didn’t include Andre de Ruyter, who emerged at the ‘winning’ post to claim the new Eskom CEO title.

Comments on his appointment have varied from complete surprise to anger but also congratulatory words of encouragement.

Public enterprises minister Pravin Gordhan assured South Africans that all ministers agreed on de Ruyter being appointment. However, that hasn’t plugged the flow of commentary nor should it.

In the spirit of transparency, and view of our rocky electricity supply landscape, it would have been more receptive if the three candidates’ names had been made public.

Less emphasis would have been put on de Ruyter’s lack of public sector and specifically energy sector knowledge.

Given Eskom’s financial difficulties, de Ruyter has accepted a compensation package that is lower than “what the position currently pays,” the department said, without giving details.

Is this an indication of someone desperate to move from his current role or a patriotic move to save South Africa and thereby position himself for greater things later on?

Defending the selection, some have pointed to de Ruyter’s managerial experience as well as familiarity with managing labour unions.

These are critical elements needed right now and in my view outweigh his lack of ESI experience and Nampak’s deflating share price, which should be reviewed and analysed along with all the market forces. 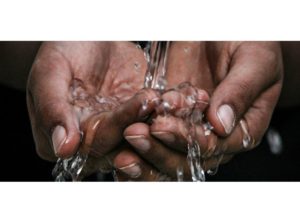 Are prepaid systems the solution to sustainable water management?