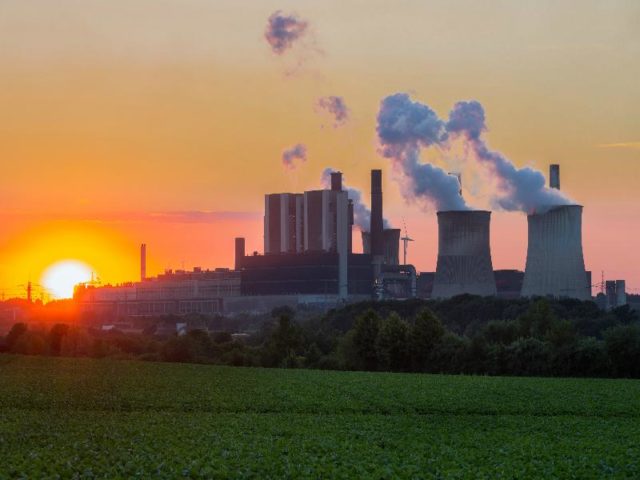 Siemens Energy has announced that it will be withdrawing from all new coal projects. Chief executive Christian Bruch told a press conference: “Effective immediately, we cease supporting the development of new coal-fired power plants.”

He explained that while the company would honour all existing coal-related agreements, it would no longer bid for tenders for pure coal-fired projects.

“Sustainability is at the core of our actions,” he said, which in turn made taking on new coal projects untenable.

He said existing technology partnerships “will be addressed” in light of the coal withdrawal, and the company was in the process of evaluating the impact of the decision on its own staff and sites.

Bruch was speaking during the inaugural annual press conference for Siemens Energy since the company spun-off from Siemens AG earlier this year and in September listed on the Frankfurt stock exchange.

The company has two arms: Siemens Gas and Power, comprising generation, transmission and industrial applications; and Siemens Gamesa Renewable Energy, made up of onshore and offshore wind power plus service operations

Bruch said Siemens Energy had had a “successful start to transformation journey” – and added that “this journey will take some time”.

The company’s listing “gave us entrepreneurial freedom” he said, explaining that the ambition was to “become the most renowned energy technology company in the world”.

Like all other businesses, Siemens Energy was affected by the Covid-19 pandemic. Chief operating officer Maria Ferraro revealed that new orders decreased 24% to €7bn, primarily as orders were postponed due to coronavirus in the gas and power segment, and revenue dropped 8% to €7.6bn in the fourth quarter, again impacted primarily by an 11% decline in revenue in the gas and power segment caused by pandemic-related delays and postponements.

“In a market environment that remains challenging and uncertain, Siemens Energy delivered a solid fourth quarter,” said Ferraro. She said “we continue to diligently review all levers to improve our cost efficiency which increase profitability and cash flow. It is a journey, although we see progress so far and are on the right track.”

There were, however, significant project milestones in 2020, and Bruch highlighted an order for the seventh offshore windfarm grid connection in the North Sea with Innogy, plus a deal for the first megawatt-level green hydrogen production facility in China. He also stressed that Siemens Energy ended the fiscal year with an order backlog totalling €79 billion.

Bruch said during the coronavirus outbreak, “the health of our employees was ‘job one’ for us”. However, he added that “the pandemic gave us a big push in digitalisation” as the benefits of remote monitoring became essential, and he stressed this digital momentum would be maintained, because “anyone who wants to seize the opportunities of the energy transition needs to be a data-driven company”.

He also outlined the green transition that the company was undergoing alongside the immediate coal exit: it intends to be climate neutral in its own operations by 2030 and to use 100% green electricity of its own power consumption by 2023.

Asked during the press conference by PEi if he thought the pandemic would accelerate the green transition, Bruch said: “This is guessing, but I believe yes.”

“COVID does trigger stimulus programmes which focus very much on sustainability. There is obviously the caveat that governmental budgets are stretched, considering that a lot of energy investment are driven by government decisions, but I believe that it will increase the speed of the energy transition.

And he added that “what the pandemic has at the very least done is increased significantly the discussions around the energy transition”.