The National Energy Regulator of South Africa (NERSA) has confirmed that the minister of mineral resources and energy has approved that NERSA may process licence applications for self-generation facilities of above 1MW even if they are not in compliance with the Integrated Resource Plan (IRP 2019).

A statement from the regulator says the approval means that prospective applicants are no longer required to obtain Ministerial approval for deviation from the IRP2019 before applying to NERSA for a licence.

The approval granted relates to generation facilities that fall into the following categories:

However, the regulator explained that the approval by the Minister in the above generation facility categories exclude those that involve local government (provinces and municipalities) or supply to local government, as these will be addressed separately.

“NERSA remains committed to processing licence applications timeously in order to ensure security of supply. All other licensing requirements as prescribed by NERSA in terms of section 10 of the Electricity Regulation Act remains in place,” concludes the statement from the regulator. 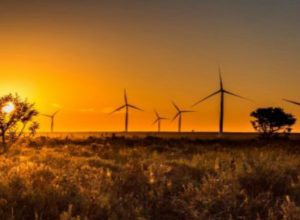 Global wind energy market at the cusp of transition