De Ruyter will take up the position as from 15 January 2020 replacing Phakamani Hadebe who left the utility at the end of July 2019. Hadebe was the tenth person to resign from Eskom‘s top post in the past 10 years.

According to the ministry, the vacancy attracted 142 potential candidates, including eight Eskom employees. Through a process, the Board eventually interviewed six candidates, of which three were shortlisted.

De Ruyter is currently the CEO at Nampak, the continent’s largest packaging firm. He holds various qualifications, including an LLB and MBA and has experience in creating and managing high-performing businesses.

“I would like to thank Mr de Ruyter for not only accepting this position at a difficult time for Eskom but, given Eskom’s current financial situation, also agreeing to a lower compensation package than the position currently pays,” the minister of public enterprises said in a statement.

In addition to his role at Nampak, de Ruyter spent more than two decades at petrochemical giant Sasol in a number of senior management roles. He has overseen work in the US, Germany, China and African nations including Nigeria and Angola, the department said.

The Democratic Alliance’s (DA) Natasha Mazzone said de Ruyter should use his experience of working in both the public and private sectors to set Eskom on the right course to recovery.

“Mr de Ruyter has an unenviable task and his priority should be to stabilise Eskom’s mountain of debt.”

The ANC expressed its confidence in de Ruyter, saying he would strengthen Eskom’s ability to deliver reliable energy to the country. ANC spokesperson Pule Mabe said: “We wish him well in turning around the fortunes of Eskom as it plays a big role in the county’s economy.”

The Economic Freedom Fighters (EFF), however, said de Ruyter’s appointment was irrational and went against transformation. EFF spokesperson Mbuyiseni Ndlozi said: “This racist project seeks to reinforce the falsehood that Africans cannot manage their own institutions.”

Some analysts have also questioned whether de Ruyter, who has been leading a firm that specialises in designing and making packaging, had enough experience in the power business.

“He is a surprise appointment … It is unclear he has the requisite experience,” said Peter Attard Montalto, head of capital markets research at Intellidex. “Nampak is a totally different kettle of fish and has not been clearly successful.”

Public Enterprises Minister Pravin Gordhan has unveiled plans to split Eskom into generation, transmission and distribution units by the end of 2021, a reorganisation he says will enable the businesses to manage costs more effectively and make it easier for them to raise funding.

A chief restructuring officer has been appointed to consider how to reorganise Eskom’s debt, but the government has yet to reveal its preferred option.

Finance Minister Tito Mboweni has said debt relief will only be considered after the utility shows progress in improving cash flow management and operations, setting up the three units and ensuring they are run within their means.

While the Treasury suggested that Eskom could settle its entire debt by selling some of its plants, President Cyril Ramaphosa said the utility’s new plants are its “crown jewels” and should be retained, while it would be difficult to find buyers for the older ones. 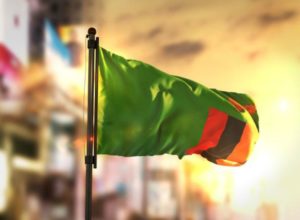