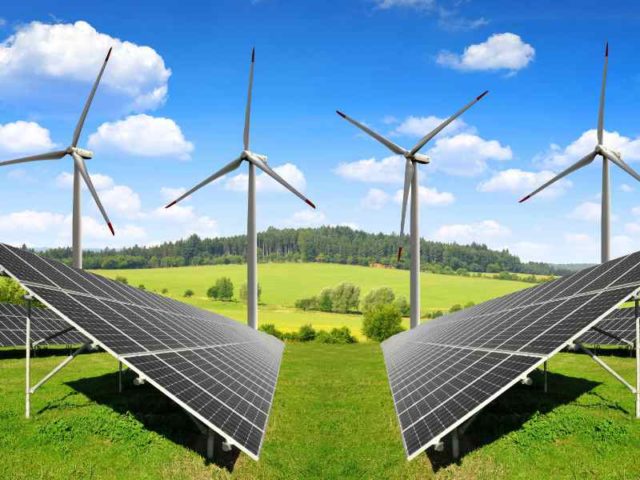 It is claimed that wind and solar are the cheapest sources of electricity and these sources should dominate future electricity supply.

The analysis behind this claim is focused on known additional costs and subsidies for other sources, which are not taken into account in the costs of wind and solar put forward by their advocates, writes Rob Jeffrey, an independent economic risk consultant.

Advocates of wind and solar claim a cost of 0.62 rand (about $3.6 cents) per kWh. This is, however, the price at the gate of the supplier. It does not include all the costs of supply necessary to convert this electricity from non-dispatchable electricity supply at the gate to dispatchable electricity supply at the point of supply to the customer. These are in effect direct subsidies to solar and wind suppliers, whereas they should be added as a cost to the renewable energy suppliers.

Renewables, such as hydro, biomass and thermal have different qualities and are not considered in this analysis. In any event, hydro and thermal are not options as they are not available in quantity domestically in South Africa. Gas is another fossil fuel, which at this stage, is not found in significant economic amounts in South Africa.

The critical issues are that solar and wind have very low load factors and are variable, intermittent and unpredictable. In other words, they are not dispatchable. In the case of wind, the load factor is an average of 35% or less and solar 26% or less. Their supply is weather dependent, and therefore backup must be available 100% of the time 24/7.

Coal has a load factor on average of approximately 80% and nuclear an average of 90%. Their load factors are affected by predictable maintenance requirements and generally to a lesser extent by unpredictable repair requirements. A reserve margin (or backup) of 20% has traditionally been considered sufficient to cover for both these events.

Methodologies and more realistic estimates of the real costs of solar and wind, including back up, can be calculated using the load factor alone. This gives the cost of wind at R1.77/kWh and the cost of solar at R2.38/kWh. These costs must be compared to a coal cost of R1.31/kWh and nuclear at R1.44/kWh. More complex methodologies taking risk and uncertainty of outages into account and using variance or standard deviation as the estimate of risk put the costs of wind at R2.52/kWh, solar at R3.83, coal R1.10/kWh and nuclear R1.33/kWh.

Added to the claimed costs of 62cents/kWh for wind and solar should be the following items:

Efficiency loss of backup and alternative electricity supply: Due to low utilisation, backup facilities would typically be running approximately 40% below their optimal efficiency. Their efficiency loss is in effect a direct subsidy of the solar and wind.

Excess supply of electricity: Because electricity supply from solar and wind is variable, there will be periods where a surplus of electricity will be generated. In terms of the power purchase agreements (PPA), Eskom must pay the renewable producers for the excess power being produced. All these are additional costs that at present are passed on to the utility (Eskom) or other electricity producers or consumers.

High economic cost of unserved energy: The IRP estimates the COUE at R87.85/kWh. This is as per the National Energy Regulator of South Africa (NERSA) study. A senior energy expert estimated that loadshedding cost South Africa more than R1 trillion over the previous decade or about 1.5% GDP growth per annum.

Insufficient electricity supply as a result of extended periods of weather-related conditions:

Reduction in sales by Eskom as a result of artificially low prices offered by renewable suppliers: Installation of renewable power direct at customers’ or potential customers’ premises of Eskom reflect finally as a lost demand or sales at Eskom.

Cost of backup for installation directly supplied by solar and wind: If there is a reduction in such customers’ electricity supply, Eskom is expected to provide immediate backup supply. Eskom must have the necessary substantial backup readily available. This is extremely costly.

Cost of purchasing electricity from customers who have their own renewable installations: The trend is that customers can sell their surplus electricity supply to Eskom. Invariably, there is a commitment to purchase, which in return reduces the perceived backup required. However, this is not true as backup is still necessary for regular backup requirements but also the full installation of the renewable supply at the customer’s premises. Either way, customers are paying for the additional costs involved.

Destruction of industries and political, social-economic impacts: The move to solar and wind as set out in the IRP would result in South Africa’s coal industry shrinking by 46%. Coal mining accounted for 26.7% of the total value of mining production in 2015, making it the most valuable in terms of sales of the 14 primary mining commodities. Several previously prosperous communities in Gauteng and South Africa would become ghost towns with rising unemployment and increasing poverty levels. Social benefits would increase dramatically.

Lack of permanent job creation: Renewable energy sources do not give rise to permanent jobs being created. Most jobs created by solar and wind relate only to the construction phase. Most jobs, mainly skilled jobs, are generated overseas in countries supplying equipment. These countries would primarily be Germany in the case of wind-related equipment and China in the case of solar equipment.

Export of jobs and loss of energy sovereignty: The move towards solar and wind will mean that South Africa loses it energy sovereignty, primarily to Germany for imports of technology and equipment related to wind and China for equipment related to solar. South Africa will effectively export its skilled jobs overseas and suffer a loss of skills. Instead of South Africa being an energy exporter, it will become an energy importer as a result of losing coal exports and becoming dependent on gas imports. Any current account deficit caused should be factored into the cost of solar and wind.

Creation of a current account deficit and not utilising valuable natural assets: Coal is one of South Africa’s most significant commodity products and the country’s largest export. The importation of gas and loss of coal exports will result in an increasing and substantial current account deficit. Coal mining accounted for approximately 26% of the total value of mining production in 2015, making it the most valuable in terms of sales. Potential uranium reserves are also substantial. The drive for wind would deprive South African citizens of these benefits.

Levelised Cost of Electricity (LCOE) is not a sound methodology to compare highly variable and interruptible electricity technologies with electricity supplied by reliable dispatchable electricity-generating technologies: A report entitled Critical Review of The Levelised Cost of Energy (LCOE) Metric, by M.D. Sklar-Chik et al., South African Journal of Industrial Engineering December 2016 concludes that “LCOE neglects certain key terms such as inflation, integration costs, and system costs.” The work of Paul Joskow et al. of the Massachusetts Institute of Technology published in February 2011, wrote a paper entitled Comparing The Costs of Intermittent and Dispatchable Electricity Generating Technologies. They note: “Many international reports prove that such electricity supply is costly due to its variability, interruptibility, inefficiency and its requirement of 100% backup”.

The above costs are absorbed by Eskom or other suppliers or directly by customers. They can be measured in R billions /annum and should be added to the costs of wind and solar.

Emerging economies need to focus on those technologies which are efficient and effective. In South Africa, mining, manufacturing and industry need security of supply of electricity at competitive prices. The only two electricity generation sources of Energy available in South Africa that can achieve these objectives in this country are High-Efficiency Low-Emissions (HELE) coal, otherwise called ‘clean’ coal and nuclear.

The country must focus on raising its economic growth rate by ensuring it has a sustainable, secure supply of electricity at the lowest economic and financial cost. Any decision must be accompanied by the necessary supporting condition fostering domestic and foreign investment into its economy.

The arguments above show clearly that renewables in the form of solar and wind in particular, almost certainly have substantial additional costs which are not fully accounted for in the current costs being utilised by their advocates. This also means that the so-called least cost optimum mix recommended by them is wrong. As a result, this methodology as currently defined and used is severely flawed. The technique and methodology recommended uses statistical calculations based on variable estimates utilising the variance and mean of each technology to calculate the COUE. Current models do not utilise any such statistical and analytical technique.

The above arguments and estimates lend force to the evidence that solar and wind, in particular, are unaffordable in the current economic situation in the country. The estimates strongly suggest that the least cost methodology is severely flawed and that going forward the renewable technologies of solar and wind should play a marginal role in any future technology mix for the country.

The final nail in the coffin for South Africa is that increased penetration of wind will lead to a rapidly rising import bill for gas imports and the demise of its coal mining industry, if not the entire mining industry. These are catastrophes which could ensure that the future of South Africa will move towards rising unemployment, increasing poverty and increasing social and political instability. South Africa needs to focus its energy plans on HELE or ‘clean’ coal, nuclear, domestic solar and limited gas. 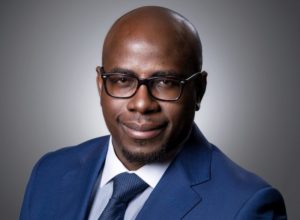