The Business Report highlighted that the Coral field, discovered that in May 2012 there was approximately 450 billion cubic meters (16 TCF) of gas.

Italian energy company ENI last year announced that it had signed a sale and purchase agreement with the US company ExxonMobil, under which ExxonMobil will pay $2.8 billion for a 25% stake in offshore Area 4, which is situated in the Rovuma Basin in northern Mozambique.

“It is a landmark investment in Mozambique that represents over 70% of 2016 gross domestic product. FLNG is also a pathfinder that gives momentum to Mozambique’s developing onshore LNG projects, which as well as major tax proceeds offer significant localisation, employment and domestic gas opportunities,’’ he said.

He said increased industrial activity in Mozambique would benefit South Africa as a major trade partner with Mozambique.

“In addition, South Africa has explored a gas-to-power programme and Coral FLNG is a future potential physical supplier to that scheme, noting the low shipping costs involved,’’ said Eardley-Taylor.

Standard Bank and its 20% shareholder, the Industrial and Commercial Bank of China, have backed Mozambique’s Coral FLNG development.

Through an investment of approximately $8 billion, they are the project’s largest lenders.

“Our support of the funding of the Coral FLNG project grew out of our long-term commitment to Mozambique, consistently supporting the country’s potential as a future offshore natural gas production and export giant,” said Eardley-Taylor. 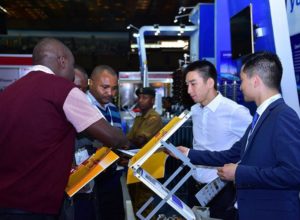