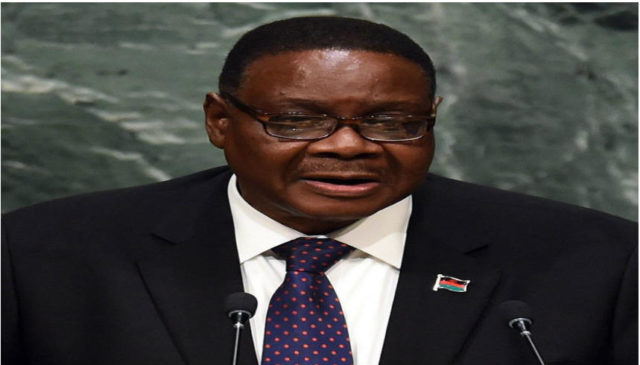 In southern Africa, Malawian President, Peter Mutharika, has emphasised the necessity for every citizen in the country to have access to electricity.

President Mutharika went on further to say that his government will ensure to provide energy to schools, clinics and homes in the rural areas where the power supply is scarce, Nyasa Times reported.

It is reported that he said this while he was launching phase eight of the Malawi Rural Electrification Programme (MAREP), in Mulanje.

Media cited Mutharika stating that over the past 50 years the country has not made huge investments in the energy sector, which has somehow delayed the country’s development. Read more…

He further highlighted that his government is trying to bring in some change by trying to diversify energy production in the country by bringing in other forms of energy.

“Electricity is part of our government’s biggest agenda as we would like to see to it that people especially in the rural areas have access to electricity to enhance business activities happening in our communities and the country at large,” Mutharika said.

Also speaking at the same event the minister of energy, mining and natural resources, Bright Msaka, said that a total of 336 trading centres in the country will benefit from the project in the rural electrification programme phase 8. Read more…

Msaka assured Malawians that power blackouts are going to be a thing of the past as electricity generation at Nkula and Kapichira is now in full force after the opening of barrage doors at Kamuzu Barrage in Liwonde, media reported.

“We reached out to 375 trading centres in phases 1 to 7 but now phase eight has come with a bang as a whole total of 336 trading centres are going to benefit in one phase alone which will be a great achievement for the country”, explained Msaka.

The just launched MAREP phase 8 project is expected to be completed towards the end of the year 2018.