South Africa’s power utility Eskom announced that loadshedding will move to Stage 4 from 14:00 on Tuesday [10 March] after Koeberg Unit 1 tripped.

The utility said the unit has been disconnected from the grid due to a fault on the turbine side; however, the nuclear reactor remains safe.

Eskom assured that “the teams are investigating the root causes of the fault, and will advise of the remedy as soon as it is established. The loss of approximately 930MW unit puts further strain on the generation fleet, necessitating an increase in the stage of loadshedding.

“As the ageing fleet is currently constrained, unpredictable and vulnerable, we advise South Africans that the stage of loadshedding may change at short notice should there be any unexpected change in the generation system performance. Demand has also risen incrementally since January.

Eskom urges customers to revisit their loadshedding schedules on the Eskom (https://loadshedding.eskom.co.za) or local municipal websites, depending on their electricity supplier, to review amendments. 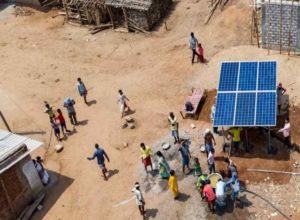