A recently released Eskom document has revealed that 40 years of exposure to sea air at Koeberg Nuclear Power Station has damaged the concrete of the containment buildings, according to Koeberg Alert Alliance.

At one stage the concrete containment dome was found to have cracked around the entire 110-meter circumference, states the Koeberg Alert Alliance.

“The containment buildings are the outer shells of the reactor buildings, built as pressure vessels to withstand the pressure if the reactors inside them ever malfunction and therefore prevent harmful radiation being leaked into the environment,” says DR, a member of Koeberg Alert Alliance and a retired analytical chemist.

“Where the chloride salts have entered, they have caused corrosion of the reinforcing steel bars, resulting in spalling and delamination of the concrete – it is even more alarming than I thought,” he says. Spalling results from water entering concrete which forces the surface to peel, pop out, or flake off. An example is shown below.

The Koeberg Alert Alliance says it was notified of structural problems at Koeberg by a concerned insider. According to the Alliance, in August 2020, it made two requests under the Promotion of Access to Information Act (PAIA) legislation.

The first was a request for the latest report on chloride damage to the concrete reactor containment domes, and the second was related to damage to the stainless steel used in the structures of the plant.

Despite PAIA stipulating that a response must be “as soon as reasonably possible, but in any event within 30 days”, which can be unilaterally extended to 60 days, the Alliance says Eskom did not respond for 143 days.

Have you read?
Nuclear power: A sensible and sustainable option for Africa

“Unfortunately this has been the pattern with PAIA requests made to Eskom,” says Koeberg Alert Alliance’s Peter Becker. “Not only was Eskom very slow to respond but what was eventually provided was heavily redacted, with about half the contents blacked out.”

“Eskom frequently uses COVID as the reason for late responses which is becoming a tired excuse. All these documents are in electronic form and instantly retrievable. Perhaps the reason they take so long is the extensive debates they have internally about just how much they can get away with redacting,” says Becker. “They give reasons for the redactions such as ‘Opinion’, and ‘Sensitive technical information’ which do not seem justified.”

“Eskom are aware that to challenge these redactions in court requires a budget of hundreds of thousands of rand, which most civil society organisations cannot afford.”

According to the Koeberg Alert Alliance, the provided 31-page report which refers to repairs done up until 2018, has eleven pages entirely blacked out and various other sections, photos and tables redacted with the reason given as “sensitive technical information”.

“The interesting parts are clearly those that have been redacted,” says University of Johannesburg Physics Professor, Hartmut Winkler. “The first big redact is titled History/Background and presumably describes past failures and recent damage that Koeberg Alert Alliance’s PAIA was interrogating. Why should the ‘History’ be sensitive due to technical information when the less redacted sections are full of technical details.

“The most puzzling redact to me are the references which are supposed to be publicly available documents, so why are they all being hidden? Do they expose some entities that Eskom does not want anyone to know have been involved with Koeberg and why? I would also query why the financial information would be redacted. Surely the public has a right to know how much money certain components cost, and what Eskom paid for them?” says Winkler. 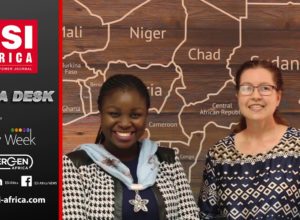