The first phase of the 400MW wind power plant in Meru County that was scheduled for completion in December this year, has been put on hold.

In explaining the delays in the construction of the project, KenGen’s managing director, Albert Mugo, cited land disputes as the cause, the Daily Nation reported.

“As you see in the papers, we await land adjudication so that we can deal with the bona-fide land owners,” Mugo said. Read more…

The $6.6 million wind project is aimed at contributing to the country’s economic development and mitigating climate change, media reported.

In efforts to speed up the demarcation process of the disputed land, it is reported that government has earmarked a budget of Sh6 million ($58,000).

The process was expected to be completed within two months to allow the firm to construct the plant this year, media stated.

However, this has faced a big blow after Meru Governor Peter Munya put an injunction to stop the process.

“Those purporting to be committee members have not been gazetted. Whatever they are doing in the land is illegal. If we allow them to continue with the illegal process, the poor will be deprived of their land,” Munya said.

The governor said he will only allow the process to go on once an all-inclusive land committee is constituted.

According to media, Munya said the bona-fide land owners should be given a two-week notice before meeting to choose a committee that will oversee the subdivision of the land.

It is reported that the area has been in a conflict of interest from many stakeholders since the power company identified it for the mega project.

The project will sit on an 18,700-acre-piece of land in Tigania East Sub County, an area which is located few metres from the Isiolo international airport that is also seen as an avenue for the Lamu Port-South Sudan-Ethiopia-Transport (Lapsset) Corridor project. 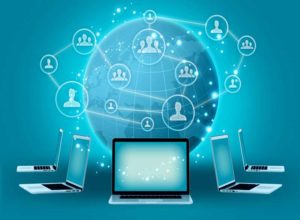