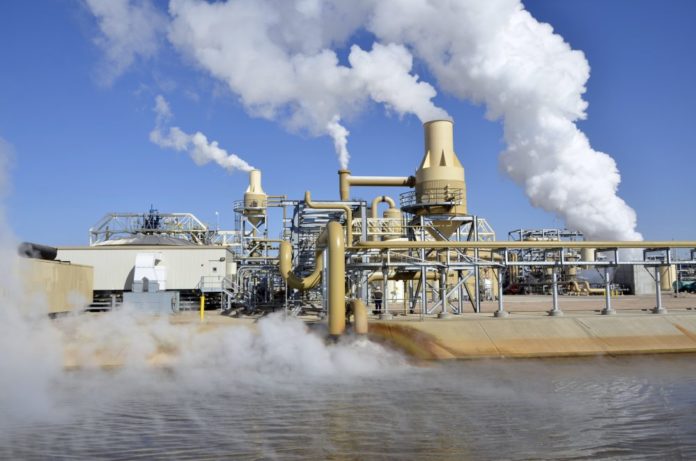 Albert Mugo, managing director at KenGen confirmed the development during an investors’ conference in Nairobi on Monday that the project, also known as Olkaria V, was currently in the tendering process, which will end in June.

“We expect to sign the contract in October with the contractor so that construction can begin by the end of [this] year,” Mugo said.

According to local media, KenGen’s boss stated that the firm has obtained an estimated $410 million for the power plant project, which is expected to take 30 months for completion.

Mugo also revealed that the utility is seeking to connect 720MW of new power to the national grid in the next four years.

He also encouraged the investors to invest more in the firm, stating that its “dividend scheme” is “one of the most competitive, reliable and sustainable in the country”.

“With the country’s power demand expected to cross the 4,000MW mark by 2020, success in the future is dependent on early planning and that is why we are asking shareholders to take up their rights at this time so that we can have enough capital for expansion,” he said.

KenGen is reported to have a current installed capacity of 1,617MW, out of which 509MW is from geothermal sources.

Kenya collaborates with UK on renewables

In other news, last week the Kenyan government signed a Memorandum of Understanding (MoU) with the UK to strengthen cooperation on renewable energy

Local media reported that as part of the MoU, UK Export Finance has also affirmed its interest in considering requests for export financing or insurance for eligible renewable energy projects in Kenya, drawing on a risk appetite of up to at least £250 million ($36.5 million).

Hailey commented: “Kenya has one of the most active renewable energy sectors in Africa, and the UK is a global leader in many of the sectors for which Kenya has greatest demand.”

He added: “UK firms are excited about the opportunities in Kenya and I’m confident this new MoU will lead to significant increases in UK investment in Kenya’s renewable energy.”