As competition in the market place grows and as developers are forced to choose sites with less wind resource it will become increasingly important to maximise the output of the wind turbines in order to remain competitive.

The South African wind energy industry is relatively young having an installed capacity of 2.1GW [1] over three Bid Windows under the REIPPP programme and through prior facilities. Since installation of the first wind turbine in the country, South Africans have consumed 12,997GWh [2] of wind energy.

This article first appeared in ESI-Africa Edition 4, 2018.You can read the full digital magazine here or subscribe here to receive a print copy.

With 25 operational wind energy facilities comprising 961 wind turbines spread out over three provinces – the market is set on a growth trajectory. The following are a few advancements being considered by wind turbine manufacturers to stay competitive in this developing market.

High Wind Ride Through (HWRT) application allows a wind turbine to operate during adverse wind speeds while remaining connected to the grid. Typically, a wind turbine generator would cut out at approximately 25m/s to avoid extreme loading during high wind speed conditions.

The wind speed would then have to decrease significantly to approximately 20m/s before the wind turbine generator (WTG) would restart, which results in some production loss. This ‘loop’ phenomenon is known as high wind hysteresis and is implemented to avoid regular stopping and starting of the WTG due to small changes in wind speeds. The orange trendline represents the increased operating range in Figure 1, which illustrates the HWRT power curve versus the traditional power curve.

HWRT reduces wear and tear on components by allowing the WTG to continue operating over a wider wind speed range. Instead of cutting out at the typical 25m/s threshold, the WTG gradually slows down rotation of the blades through pitching and continues producing power up to the extended threshold, improving yield and grid stability.

Modern wind turbine blades are designed as a compromise between aerodynamics and structural integrity. Since the root of the blade is exposed to high loads it has to be structurally stronger closest to the hub, which is represented by a thicker aerofoil. The thicker aerofoil as a result has a lower aerodynamic lift compared to the rest of the span and tip.

By increasing the overall lift generated across the blades’ surface area the turbine has the ability to increase the power generated at low speeds or below rated power. This in turn positively influences the turbines’ power curve and hence its annual energy production (AEP).  For this reason, turbine suppliers have introduced add-on kits.  Power Curve Upgrade Kits (PCUK) are implemented through the installation of three aerodynamic components on each of the blades, as well as a software update. The three components, referred to as DinoTails, DinoShells and Vortex Generators are strategically placed on the blades to improve aerodynamics at low wind speeds, as shown in Figure 2.

This upgrade, which is the least developed and is only anticipated to be commercially available in 2020, is the Technical University of Munich’s Yaw Wake Steering Upgrade. In wind farms with multiple rows of turbines Yaw Wake is implemented through a software upgrade and is currently being tested. The concept involves slightly misaligning WTGs at the front end of the array to steer wakes away from downstream WTGs that would normally be subjected to these wakes, as illustrated in Figure 3. The result is reduced overall internal wake losses. Theoretical estimates have shown an increase in yield.

Power Boost is a feature implemented remotely through software, which temporarily increases the output limitation of the generator under certain conditions. When conditions are within specified limits for ambient temperature, main component temperatures, normalised wind speed, turbulence level, and grid voltage level the power boost function is activated. Generator output is increased by increasing the rotor rotational speed between 12m/s and 22m/s.

Competition in the wind industry in South Africa will continue to grow. As the competition increases and as developers are forced to choose sites with less wind resources it will become increasingly important to maximise the output of the wind turbines.

The inclusion of High Wind Ride Through, Power Curve Upgrade Kits, Yaw Wake Steering and Power Boost technologies in a wind farm will enable developers to maximise the returns on the investment and be more competitive. ESI

Brian Cunningham, deputy chair of SAWEA’s technical working group and senior consultant at Arup, is an experienced project manager with a history of working in the renewables and environment industry. He is skilled in energy, sustainability, renewable energy, wind energy, and engineering.

Wayne Smith is the technical programme officer of SAWEA. He is an experienced wind energy engineer having worked in the industry for 10 years with particular expertise in the electrical aspects of wind farm design, wind turbine technology and integration into distribution networks.

This article first appeared in ESI-Africa Edition 4, 2018.You can read the full digital magazine here or subscribe here to receive a print copy. 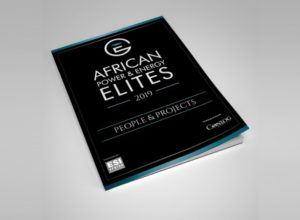