On Thursday, South African power utility, Eskom, announced that Unit 3, the first of four units, of the Ingula Pumped Storage Scheme, has successfully synchronised to the national electricity grid.

The state-owned utility said in a company statement that Unit 3 commenced operation on Sunday 6 March, 2016, “marking a key milestone towards the full commercial operation of the unit ahead of the scheduled deadline of January 2017.”

Once completed, all four units of the Ingula Pumped Storage Scheme will produce a total of 1,332MW.

Eskom’s Group Chief Executive Brian Molefe said: “Once completed in the next five years, our capacity expansion programme, which is the largest in the company’s history, will increase our generation capacity by 17,384MW, transmission lines by 9,756km and substation capacity by 42,470MVA.

“This will enable us to provide security of electricity supply to South African homes and businesses, powering economic expansion and extending electricity to millions of households who currently rely on other fuel sources for domestic cooking and heating.”

According to the utility, since the inception of the capacity expansion programme in 2005, an additional 7,031MW of generation capacity has been added, 6,048km of transmission lines have been constructed and added 31,590MVA of substation capacity.

Eskom said: “The testing before synchronisation of Unit 4 has already started. The major construction work on both Unit 2 and Unit 1 has also been completed, and work on the outstanding electrical cabling and pipework is being accelerated.”

The pumped storage scheme provides power during peaking periods or when there is an insufficient supply, and stores energy from the system during periods of low demand or excess capacity, Eskom explained.

[quote]The dams enable an energy storage capacity of 21,000MWh – amounting to around 16 hours of generating capacity when all four units are in operation.

“Eskom continues to execute its build programme that will bring much-needed power to support South Africa’s economic growth. In February this year, Unit 1 of the Kusile power station successfully completed factory acceptance tests, an important milestone towards the synchronisation of the unit. This unit is expected to be commercially operational in July 2018,” the utility highlighted.

Eskom proudly noted: “Medupi’s Unit 5 completed its factory acceptance tests in December last year, and is expected to come into full commercial operation by March 2018. Last week, Eskom produced 35,819MW in generation capacity for the first time in over 18 months.

“The last time we hit 35,000MW was on 16 September 2014. The improved plant performance and more effective maintenance has resulted in lower unplanned outages.” 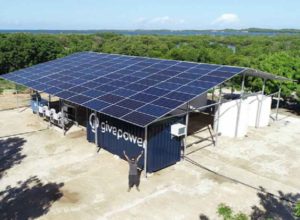