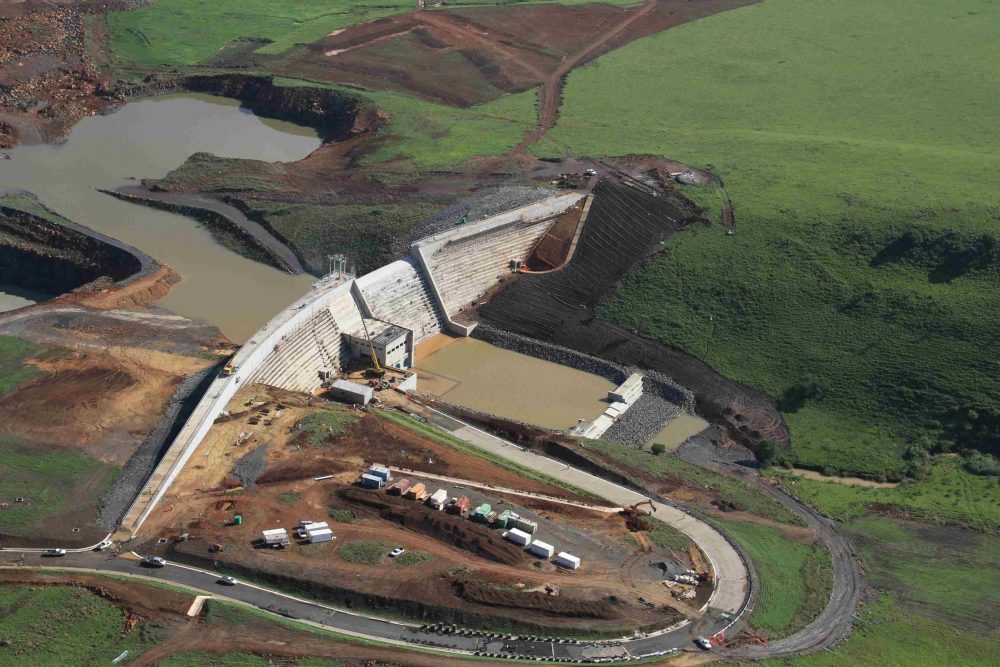 “Ingula represents a legacy of a democratic South Africa, it supports economic growth and development of the country and ensures electricity supply and diversifies our energy mix,” Zuma said during his presentation at the commercialisation of the units at the station, SAnews reported.

Spanning across the KwaZulu Natal and the Free State Provinces, the Ingula plant commenced construction in 2006, with all four units expected to come online in 2017.

“Thanks to the hard work and drive of the Ingula team, Unit 4 was brought forward ahead of the 2017 schedule,” Eskom said in an earlier statement.

According to SAnews, the plant is one of government’s flagship infrastructure projects.

Comprised of four units, the plant will produce a cumulative 1,332MW, with each unit generating 333MW.

During the plant tour, Zuma said that South Africa has come a long way since the dark days of load shedding, adding that the country should be proud of the fourth largest pumped storage scheme in the world.

“Today as South Africans we stand tall and proud as we register further progress in our quest to energy security.

“This time last year the country was faced by serious energy shortages. Our people were frustrated by load shedding,” he said.

Accompanying the President was Public Enterprises Minister Lynne Brown, where the duo said that they had no concerns around future load shedding due to the significant progress that the utility has made.

Zuma said: “Being a layman about electricity what worried me most was the announcement of the stages of load shedding.”

SAnews said that Eskom’s management, which include the appointment of Group Chief Executive Brian Molefe, has also played a role in turning around the fortunes at Eskom.

“We’ve come together to launch Ingula. Eskom has been forging ahead to fast track the building of infrastructure that will give the much needed energy security,” said President Zuma.

Eskom has synchronised Unit 1, 2 and 3 of the facility ahead of schedule.

“Unit four has been commissioned in winter contributing to stability of the system,” said President Zuma.

Synchronisation is the process where after construction and commissioning the unit it is connected to the electricity grid for the first time. After synchronisation further optimisation and testing takes place to ensure the unit’s safety and reliability. The unit is then declared commercial.

The government news portal said that the plant has injected an estimated R3.5 billion ($282 million) into local economies and has created thousands of jobs with 55% of the total Ingula labour force being from local municipalities in the Free State and KwaZulu-Natal.

“The scheme is moving SA to extending electricity access to all households,” said President Zuma of the plant that is located in lush greenery, adding that “it’s our commitment to improve the quality of lives of our people.”