The government of India is undertaking feasibility studies for the construction of large-scale renewable energy projects in the country by using barren areas along its border with Pakistan.

A senior official at the Ministry of New and Renewable Energy informed media that the government is currently undertaking a feasibility study to explore setting up projects along the border with Pakistan in the states of Rajasthan and Gujarat.

Studies are underway to determine the possibility to set up 30GW of solar and wind energy capacity in Gujarat and 25GW in Rajasthan, reported CleanTechnica.

Both states have large concentrations of desert and wasteland. Rajasthan already hosts several large-scale solar power projects in the border district of Pokhran. However, the marshlands in Gujarat’s Kutch have environmental significance, and it will be interesting to see if the government would tap those areas to set up renewable energy capacity.

The Charanka Solar Park, India’s first multi-developer large-scale solar power park, is located just outside the Kutch district and around 50km from the border with Pakistan. Sites near this solar park may be tapped for future project development.

There is also the security question involved with these projects. The Ministry of Defence will have a say in approval for these projects. Given the security situation between India and Pakistan, and this being the first attempt to set up such projects in the border area, how much appetite the developers shall have is yet to be answered.

The Indian government has already issued tenders to set up 7.5GW of solar power parks in Ladakh. While the region was part of the erstwhile terror-inflicted state of Jammu and Kashmir, terrain and hostile environment there are much larger challenges for developers. Several Indian and international developers have shown interest in these projects.

CleanTechnica reported that there is no real precedent for setting up projects in such sensitive areas. Only time will tell how this factor would play part in developers’ decision to set up these projects. The positive, however, is that the land is owned by the government itself so the procurement cost would be much less compared to projects elsewhere.

It is likely that the government would look at state-owned companies to take the lead in the development of these projects. NTPC Limited, India’s largest power generation company, has already announced plans to set up large solar power parks in Gujarat and Rajasthan. It is, at present, unclear if those announcements are linked to this programme. 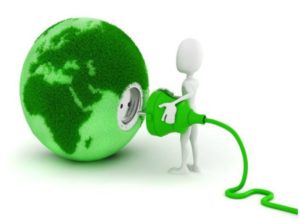