On invitation by ESI Africa, Jeanie le Roux, Director of Operations at Treasure Karoo Action Group, shares her thoughts and knowledge about shale gas in South Africa and on the global stage. 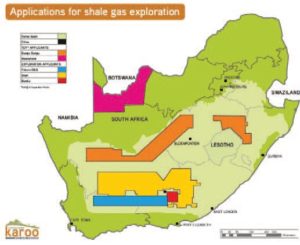 In 2011, TIME magazine called fracking the biggest environmental issue of the year while the International Energy Agency (IEA) declared a ‘golden age of gas’. While President Obama announced a ‘hundred years of gas’ for America, some governments chose to place a ban or moratorium on the use of the technology due to environmental and health concerns.

Shale gas has been met with fierce public opposition in several countries including the UK, USA, Canada, Bulgaria, France, Romania and several other places where the debate around shale gas is active. Countries like France, Bulgaria, the Netherlands and Germany have placed bans/moratoria or restrictions on the practice along with several cities, counties and states across the globe.

The ‘game changer’ rhetoric was introduced through a 2012 study by the economic consultancy, Econometrix, which was commissioned and paid for by Shell – the most vocal applicant for shale gas in South Africa. Soon senior government officials were using similar vocabulary when referring to fracking in South Africa, followed by President Zuma finally referring to shale gas as a ‘game changer’ in his State of the Nation Address.

Energy security and diversification are terms that have become part of energy policies and development plans across the globe in recent years and have been used to market shale gas to countries outside the USA. For the South African energy sector the possibility of having large domestic gas supplies is a very attractive option, but the extent of shale gas deposits in….