Africa’s mammoth hydropower project, the Grand Inga Dam, is back in the news. Its story, which began more than six decades ago, continues to raise hackles.

According to a 2017 report from the International Hydropower Association, Africa’s total installed hydro capacity, including pumped storage, stands at approximately 33.624GW. The International Renewable Energy Agency estimates that by 2030 hydro will contribute 100GW to the continent’s generation capacity.

It’s impossible to ignore this amount of energy – so why is the Grand Inga so contentious?

Through this project, being built in stages, the Democratic Republic of Congo (DRC) aspires to have the world’s largest hydropower scheme that will have a continent-wide energy footprint.

In 2014, the DRC signed a treaty with South Africa as its main partner and off-taker for purchasing 2,500MW of electricity once the plant starts evacuating power. The deal also requires South Africa to fund around 5% of the project, which has an estimated price tag of $14 billion – this is likely to escalate, as is the case with many megaprojects.

The main concerns raised are around whether South Africa will even need this power when it comes online (anticipated in 2025), how will the country, whose state-owned utility is currently being crippled by financial woes, manage to cover this burdensome debt, and the impact on citizens who will be forced to pay the over-valued tariff of this imported energy.

Hydropower can, and must, be harnessed to overcome the continent’s lack of generation capacity – but can it rather be achieved through smaller schemes? The Grand Inga project, which will comprise of several units, will generate in the region of 42,000MW.

As grand as this hydro scheme is, the project has been besieged by governance and corruption challenges since the start. And with its main partner on the tip of Africa still grappling to overcome its own recent power industry scandals, this ‘river’ is unlikely to flow freely.

Read the previous note from the edtior here. 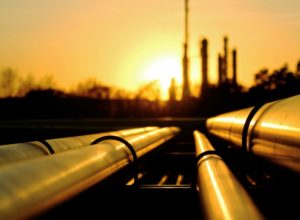