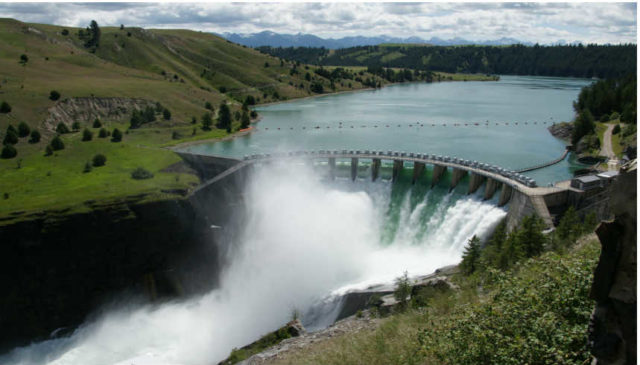 One of Nigeria’s largest hydro dams lays waste as turbines bought in 1982 from a German company were abandoned at the dam site and are now obsolete.

The multi-million naira electricity turbines were purchased for the hydropower project at Ikere Gorge dam in Iseyin, Oyo State.

The turbines were expected to produce electricity that would benefit several communities in Oke-Ogun area of the state – who now live with erratic power supply or are without access to power entirely.

The dam’s project manager, Eng. Isaac Sunday Akingbade, explained that the dam, presently being managed by the Ogun-Osun River Basin Development Authority, was built to produce no less than 6MW.

Akingbade admitted that the obsolete turbines could not be used for the purpose they were procured for.

Attributing the situation to the political instability and a lack of funds, Akingbade explained that numerous new developments in hydro technology have rendered the old turbines useless.

He added that aside from that, the company that manufactured the turbines in Germany is no longer in existence “so even if the equipment were installed, getting its parts [to repair the obsolete turbines] would pose a serious problem”.

The project manager insisted that in order for the project to become a reality, new sets of turbines have to be imported for the dam.

However, hydropower expert, Eng. Ahmed Afolayan, puts the blame on frequent changes in government as well as government officials’ attitude towards completing projects not started by them.

Afolayan suggests that in order to get back on track, the Federal Government must involves private investors and purchases new turbines for the project since the old ones may no longer meet the present technological demands. Read more: Drought affects hydroelectricity generation in Kenya

According to the project manager, the Federal Government has now identified the dam as among five in the country earmarked to generate hydropower.

He said a government delegation from Abuja recently visited the dam for a survey with a view to fixing the hydro project.

The Minister of Water Resources, Engineer Suleiman Adamu, had earlier lamented the proliferation of abandoned projects under the ministry by previous administrations including the bad state of the country’s dams.

He has vowed not to embark on new projects during his tenure until the abandoned projects, including the dams, are attended to.

Consequently, the minister had put in place a ministerial advisory committee with experts in the water sector to advise the Federal Government on how some of the abandoned projects can be fixed.