The government of Ghana is caught in a situation whereby it will have excess capacity of energy; however it cannot distribute that power distributed due to low demand.

Deputy minister for energy, Dr Mohammed Amin Adam, explained that if all agreements signed by the previous government are executed, the country would be saddled with 5,800MW of excess capacity, which “we will not be using over the next five years but which we have to pay for.”

According to media, the earliest of the eight projects are expected to come on stream in 2019.

Adam said: “We have estimated that we would be paying about $680 million every year for power that is not used”.

“There are other agreements that we would not need beyond 2030, yet we signed onto them and so some of them may have to be cancelled,” he added.
However, media stated that government has cancelled 20 PPAs worth close to 3,000MW, which have reached financial closure and will not cost the country any money.

Speaking to the Finder, Adam said: “There are other agreements that we would not need beyond 2030, yet we signed onto them and so some of them may have to be cancelled.”

He added: “We have too many other agreements which were signed but which we don’t need.”

According to media, the minister of energy, Boakye Agyarko, described the attitude of the previous government as what amounted to “indecent haste that ended in the procurement of emergency power left, right and centre.”

Previously, ESI Africa reported that Agyarko assured that the government is determined to revamping the sector. Read more…

He said:“This government’s vision for the provision of state reliable and secure power supply also include initiatives such as restructuring of debts of the utility companies and securing fair commitment for a reliable supply of fuel.”

Agyarko added: “Be assured of the government’s resolve to revamp the energy sector for a brighter tomorrow.” 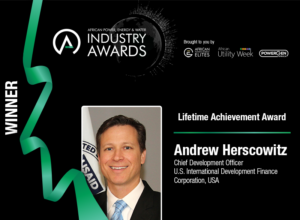