Leading up to this event, Victoria Oil & Gas (VOG), whose wholly-owned subsidiary GDC is the onshore gas producer and distributor with operations located in the port city of Douala, has provided an update and summary on the gas sales agreement with ENEO.

ENEO is majority-owned by Actis LLP (51%), a London-based investment company, with the Government of Cameroon owning 44%, and its employees owning the remaining 5%.

The Logbaba power station was commissioned in April 2015, supplying 30MW of electricity to the grid. The supply was interrupted in January 2018 as ENEO faced its own cash flow and debtor problems but restored in December 2018.

On 14 September 2019, the generator supplier suspended operations at ENEO’s Logbaba site due to non-payment of invoices by ENEO.

Consequently, Gaz du Cameroun has not been required to supply gas to ENEO since that date but has continued to invoice ENEO based on Take-or-Pay provisions as per the binding term sheet.

Roy Kelly, the chief executive of VOG, commented: “Over the last few months, the management has conducted a thorough review of the business identifying key issues which need firm and decisive action.

“It is nonetheless regrettable that the Company has had to take this extreme action now, but all other approaches have failed to secure timely payment of aged debt, putting the company’s cash flow under pressure.”

Historical events according to VOG

Subsequent to the termination

While ENEO has been the highest offtaker by volume when it is online, it has been paying by far the lowest gas price amongst our large customer base, explained VOG.

The company said in a statement that replacing the revenue generated by ENEO sale will therefore require significantly lower sales volumes.

“The board of VOG has been reviewing strategy in light of the continued non-payment by ENEO and possible termination. The Company’s strategy going forward will be to seek out replacement revenue in two phases: connection to high value, privately-owned, credit-worthy customers, near our infrastructure in the first phase, followed by similar customers in clusters requiring more capital to tie-in. This strategy will be outlined in more detail in the near future,” the statement read.

VOG has stipulated that it will continue to publish more comprehensive quarterly updates. 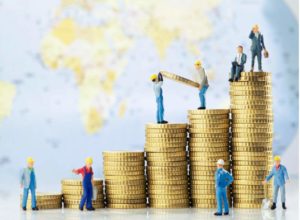