Gas flaring wastes a valuable energy resource that could be used to support economic growth and progress. The World Bank also notes that gas flares contribute to climate change by releasing millions of tons of CO2 to the atmosphere.

In the second quarter of 2018, the World Bank’s Global Gas Flaring Reduction Partnership programme issued statistics that indicate 5% decline in global gas flaring. According to the information, this decline only started to materialise during 2010. The data reveals that about 141 billion cubic metres (bcm) of natural gas was flared in 2017, down from approximately 148 bcm in 2016.

While Russia remains the world’s largest gas flaring country, data shows that it is also the country which saw the largest decline in flaring last year. Venezuela and Mexico also reduced their flaring significantly in 2017. On the downside, a number of African countries rank among nations which show increases in gas flaring (refer to the graph). Algeria, Angola, Egypt, Libya, Nigeria and Gabon are among the top 15 countries with the highest volumes of gas flaring.

The solutions are out there!

Although gas flares (burning natural gas, coal and petroleum) continue to be a dominating challenge in the oil and gas sector for many countries, there are international commitments to combating this plight. Several countries in this difficult situation – including China, Russia, the US and Saudi Arabia – have made determinations by joining the Global Methane Initiative (GMI), which aims to reduce global methane emissions.

Furthermore, experts in the oil and gas sector are working diligently to come up with solutions to keep this wasteful practice at a minimum. As such, an academic paper titled Natural Gas Flaring – Alternative Solutions proposes a few suggestions – covered below – to curb gas flares.

Natural gas produced in association with crude oil can be used for either gas-injection or gas lift, which is more profitable and economical than gas flaring. As many of the gas wells found around the world contain heavy crude, natural gas can be used to increase production of this heavy crude.

The process of injecting natural gas serves as a way of increasing the pressure in the oil well, thereby causing more gas molecules to dissolve in the oil, lowering its viscosity and thereby increasing the well’s output.

Source of energy and feedstock for petrochemical plants

Natural gas is well suited for a combined use in association with renewable energy resources such as wind and solar. Particularly high efficiencies can be achieved through combining gas turbines with a steam turbine in combined cycle mode. Natural gas burns more cleanly than other hydrocarbon fuels such as oil and coal, and it produces less carbon dioxide per unit of energy released. Natural gas is a major feedstock for petrochemical plants, it is used in the production of ammonia via the Haber process for making fertilisers. Natural gas is also used in the manufacture of fabrics, glass, plastics, steel, paint and other products.

Another alternative solution to gas flaring is to liquefy the gas and store it in vessels or bottles as liquid natural gas. This is a safer and more economical alternative than gas flaring. The natural gas produced from either a gas and well in association with crude oil production can be liquefied in a series of processes.

In most cases, the process will start with the removal of impurities like water and acid gases etc. produced with the gas. Solid particles may also be present in the produced gas and must be removed before processing to maximise the mechanical efficiency the LNG equipment.

The major composition of natural gas is methane and for liquefaction to occur – i.e. to liquefy methane – the temperature of the system must be brought down to -160 C. This of course is also a function of other factors such as the components part of the gas to be liquefied. The stored LNG can be used domestically and also for industrial purposes. This will also create jobs and reduce the amount of pollutants released into the environment due to gas flaring.

Compressed natural gas refers to methane stored at high pressure. It is made by compressing natural gas to less than 1% of the volume it occupies at standard atmospheric pressure. It is stored and distributed in hard containers at a pressure ranging from 20 to 25 MPa, usually in cylindrical or spherical shapes.

In transportation, natural gas is used either as CNG or as liquefied natural gas. To use natural gas, vehicles must have a CNG- or LNG-specific fuel storage and delivery system installed. Using CNG reduces some regulated emissions, including hydrocarbons, oxides of nitrogen, and carbon monoxide. These reductions differ based on the type of vehicle and its duty cycle.

In recent developments, Nigeria’s President Muhammadu Buhari passed the new regulation on gas flaring, and as such the law has been gazetted. Titled Flare Gas Prevention of Waste and Pollution Regulations 2018, the regulation will provide a legal framework to support the government’s plan to reduce greenhouse gas emissions through flaring and venting of natural gas.

In conclusion, it can be said that the intentional waste through gas flaring can be turned around either through stringent penalties or determined international collaborations to boost global economies and guarantee energy security. ESI

This article is based on Natural Gas Flaring – Alternative Solutions, World Journal of Engineering and Technology, 5, 139-153 (2017) by A.G. Aregbe. It is republished with edits under CC BY 4.0, licensee Creative Commons Attribution International. Azeez G. Aregbe is an oil and gas expert at the University of Lagos, Department of Chemical and Petroleum Engineering. 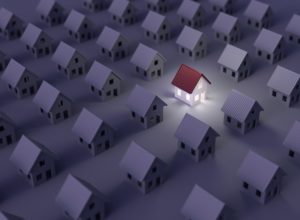