What does it take to eliminate energy poverty in Africa? A recent International Energy Agency (IEA) report, Africa Energy Outlook 2019, and a visit to an energy conference in Lagos 12-13 November shed important light to the answer.

Last week, two events taking the pulse on Africa’s energy sector took place. While preparing my participation at Future Energy Nigeria exhibition and conference in Lagos, I could benefit from the freshly released report Africa Energy Outlook 2019, from the International Energy Agency in Paris.

The IEA report is a well-written publication for all who are interested in the future of Africa. Africa is home to 17% of the world’s population, but accounts for only 4% of global power supply investment. The result is all too familiar: only half the population have access to electricity, whereas a large part of the households, businesses and communities that have access suffer from bad and costly service, if not regular blackouts. In 2018, as much as 80% of sub-Saharan African companies suffered frequent electricity disruptions leading to economic losses.

On the positive side, the Future Energy event in Lagos was an important reminder that Nigeria, like many other African countries, are now burgeoning with innovative individuals and companies busy developing green energy solutions for their communities and businesses.

The energy poverty is even more striking when it comes to cooking. IEA estimates that only 30% of the population in sub-Saharan Africa have access to clean cooking, with devastating effects on both humans and forests. Almost 500,000 premature deaths per year are related to household air pollution from the lack of access to clean cooking facilities, says IEA.

Women and children are the worst affected, not least as a result of spending hours per day carrying loads of wood, an effective barrier against women taking jobs outside the home: forest degradation, sometimes leading to deforestation, is another serious consequence of the unsustainable harvesting of fuelwood, mainly driven by inefficient charcoal production for cities. Add to this mounting pressure from increasing temperatures – despite 700 million people living in areas where the average daily temperature exceeds 25 degrees, very few people have an air conditioner in their home. By 2040 this number is expected to rise to 1.2 billion as a result of climate change and population growth.

But an alternative energy future for Africa is possible and affordable, is the main message we can read from Africa Energy Outlook 2019. The report presents a new and ambitious Africa Case scenario, in which all people living in Africa have access to modern energy. In the case of cooking, wide distribution and use of LPG and improved cookstoves are the main contributors. In the electricity sector the scenario would require tripling the average number of people gaining access per year from around 20 million today to over 60 million people. IEA estimates that about half of the new energy connections will come in the form of mini-grids and stand-alone systems.

The good news is that the least cost-solution of securing reliable electricity for all Africans by 2040 has only very limited implications for total CO2 emissions. In fact, despite the fact that its population will almost double by 2040 and its economy will expand, IEA projects that Africa’s contribution to global energy-related CO2 emissions in the high-growth Africa scenario will increase from 2 to just 4.5% by 2040. The transition to clean cooking, on the other hand, will result in a reduction in the overall emission of greenhouse gases.

The third major transformation in the Africa Case scenario, is the emergence of Africa as a major player in natural gas markets as a producer, consumer and exporter. Gas production more than doubles to 2040, and the share of gas in Africa’s energy mix rises to around 24% in 2040. The continent led by Mozambique and Egypt become major exporters of natural gas to other parts of the world.

To fulfill the Africa Case scenario, IEA estimates that the yearly investments in power supply would need to increase fourfold, to around $120 billion a year until 2040. Around half of that amount would be needed for networks, and half for generation, mostly solar PV and wind.

But is a fourfold increase in investments at all feasible, in view of the fact that energy supply investment in sub-Saharan Africa actually dropped by over 30% since 2011? The only bright spot the recent years, notes IEA, has been the rising investment in solar photovoltaics (PV), which is set to surpass that in hydropower for the first time in 2019.

The answer is YES, says IEA, mobilising four times more finance for the low-carbon energy sector in Africa is possible. But it will require reforms from both national governments and the large number of national and multilateral development banks currently active in the green energy investment space across the continent. For governments in Africa, this means energy sector reform with a gradual phase-out of fuel subsidies, and improved financial health and performance of the electricity utility companies. As for the development banks like the World Bank, African Development Bank and others, IEA advocates more focus on designing risk mitigation instruments that can attract private capital to energy investments in sub-Saharan Africa.

If such reforms are implemented, IEA estimates – in the Africa Case scenario – that the deployment of solar PV, wind and other renewables like geothermal will accelerate from less than 5GW today to more than 230GW by 2040. The majority – over 70% – will come from solar PV. Installed solar PV capacity increases across the entire region to reach about 160GW in 2040, overtaking hydropower and gas to become the largest source in terms of installed capacity (and the third-largest in terms of generation output), says IEA.

Hydropower will continue to play an important role in Africa, but climate change reinforces the need for many countries to reduce its dependence on hydropower in the total energy-mix. In Zambia, for example, a severe drought in 2015 led to a drop in output at the largest hydropower plant, resulting in severe power blackouts, recalls IEA.

But despite the growth in renewables, gas and energy efficiency investments, IEA expects Africa to continue to consume a considerable amount of coal- and oil-fired power. Looking at projects expected to come online in Zimbabwe, Senegal, Nigeria and Mozambique, the organisation projects coal-fired power to grow from 3GW today to 17GW in the higher-growth Africa Case scenario. Surprisingly, even oil-fired power continues to play a role in Africa, with Nigeria being the expected growth market. These projections are disturbing and highlights the importance of working with the countries concerned to make low-carbon alternatives to coal and oil attractive and affordable.

What happens in Nigeria, expected to count 400 million people by 2050, is an important determinant to the continent’s future. The country has one of the lowest electricity consumptions per habitant in the world. This situation does not only affect the population’s living standards, but it is also one of the biggest challenges to economic development.

Nigeria has more than 12GW of generating capacity from the grid, only about 4GW is operational, and less than 3GW is actually distributed to end-customers after transmission and distribution losses. This explains the proliferation of diesel generators in businesses, institutions and households, more than 20 million according to some estimates. IEA estimates that Nigeria in 2018 generated 18TWh of power from about 9GW of diesel-driven back-up generation. The numbers are even higher, says Nigeria’s Rural Electrification Agency. They estimate that 14GW are served by small petrol and diesel gensets, representing a yearly cost to of $14 billion annually! If only half of these was replaced by renewable energy, CO2 emissions would be reduced by about 10-15 million tons yearly, equivalent to almost a tenth of the total carbon emissions from Nigeria’s energy sector.

Fortunately, a number of national and international bodies present in Nigeria are currently active addressing the energy challenges addressed here. Already, private developers have the right to build, own and operate renewable energy plants below 1MW without having to apply for a generation licence. Organisations like Germany’s development agency GIZ and the World Bank has teamed up with the Rural Electrification Agency to support and co-finance development of off-grid solutions like mini-grids and solar home systems.

In parallel, the Nigerian Electricity Regulatory Commission (NERC) has embarked upon a regulatory reform, called sub-franchising, in which privately owned companies can be authorized to operate on behalf of an electric distribution utility service (DisCo) in a particular area within the DisCo’s area of supply. As an example, some DisCos are currently discussing to partner with private solar PV developers for so-called captive generation for commercial and Industrial customers, letting the private developer build and operate solar energy for day-time consumption, with the DisCo providing the electricity evenings and nights.

But will these reforms go far and fast enough to unlock the private capital needed to address Nigeria’s formidable energy access and reliability gap? The answer is not yet, but they are undeniably a step in the right direction. 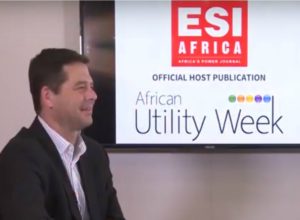