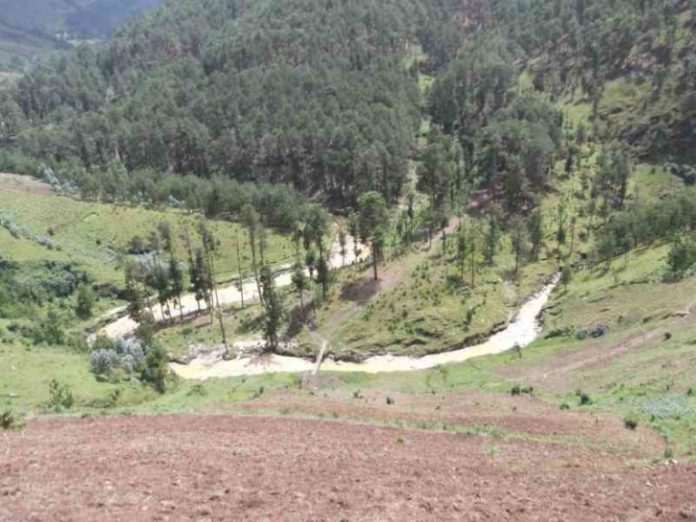 In the Western Province of Rwanda, near the Mukura forest on the Rucanzogera River, are two of the country’s poorest areas – the Ngororero and Rutsiro districts. These areas are not well served by High Voltage networks and utility-scale investments. The International Energy Agency (IEA) has noted that Rwanda’s national electrification rate is estimated at 30% (12% in rural areas, 72% in urban areas). The resource-rich country only has 218MW of installed generation capacity, according to USAID fact file from October 2019, of which 98MW is generated through hydropower.

With the deployment of alternative power solutions often hindered by strict funding models, equity financiers Empower New Energy (EmNEW) have developed a pilot project in the abovementioned districts to demonstrate the benefits of a innovative business model, which aims to deliver more development-focused renewable energy in sub-Saharan Africa at a lower cost. In early 2019, the 1.9MW Rucanzogera hydropower project was awarded a $556,061 (EUR500,000) grant by the Energy and Environment Partnership for Africa (EEP Africa)1, to support EmNEW in demonstrating and fine-tuning its model for small to medium-scale utility projects.

The Rucanzogera Hydro project has been developed by the Rwandan company TIGER (Travaux d’Ingenierie Generale du Rwanda) in partnership with the specialised Norwegian engineering and construction company Malthe Winje, also the project sponsor. The project is scheduled to begin construction in the near future, which will take approximately two years to complete and cost an estimated $7.9 million (EUR7 million). A Special Purpose Vehicle (SPV) has been established for the project, with EmNEW’s investment vehicle, Empower Invest, injecting equity alongside Malthe Winje and TIGER.

It is estimated that the project will generate aggregated savings of around $67,500 (EUR60,500) per year for households in the targeted area by allowing them to access cheaper energy via the grid. The new energy generation will lead to improvements in health, sanitation, security, water supply, education, and communications facilities; and the arrival of electricity is expected to enhance the establishment of new small and medium enterprises in the area. Electrification of the markets will allow the extension of commercial activities beyond dusk.

Currently, there is a funding gap for small to medium-scale renewable energy projects in low income countries, which struggle to attract affordable international finance. Many of these projects, however, are of high potential and financially viable under the right conditions, often holding significant transformative Sustainable Development Goal (SDG) impact as they tend to be located away from the major urban centres. With a tailored due diligence tool (to ensure viability), coupled with a project partnership and portfolio investment approach, it is possible to balance risk and lower the costs of financing, making these projects viable.

EmNEW’s unique model entails strong financial certainty and a portfolio strategy. Upon investment from Empower Invest, asset ownership is secured for 25 years (or until sale), during which time off-takers pay for electricity generated. This is attractive to off-takers in many countries, as it results in predictable, long-term energy costs without straining balance sheets. After a period of time, the project portfolio will be refinanced (using Green Bonds or equivalent) reducing costs. This generates economies of scale, as it allows refinancing with climate instruments that would not normally be available to small projects, and overcomes the existing market failure in clean energy investment that skews development towards larger projects on high voltage networks, where the need is not as great.

The geographical footprint of this model goes through the same customised due diligence process to ensure each project is de-risked. Eventually, portfolios will be sold to investors, facilitating more projects. At this point, revenue will be reinvested in new funds, ensuring that scale-up is sustainable.

As part of EmNEW’s commitment to achieving SDG impact, this project has been selected partly on account of its social benefits. The area is largely un-electrified and 50% of the local population live beneath the poverty line. Currently, households buy around three litres of paraffin a month, at three times the price of electricity. The construction of the Rucanzogera hydro plant will lead to the production of 9,154 MWh a year and will service 10,428 people with enhanced energy access.

The construction of the project is expected to create 66 jobs, as well as numerous indirect jobs through provision of electricity. Additionally, the new energy generation will lead to improvements in health, sanitation, security, water supply, education, and communications facilities. It will also improve household disposable income and limit the toxic effects of burning paraffin, which disproportionately affects women. Electrification of the Gashubi Health Centre in particular will significantly increase its capacity to maintain energy intensive equipment (including vaccine refrigeration, centrifuge, hematology mixing, and sterilisers). Lighting and the facilitation of new connectivity for schools (including internet) is in high demand and will allow for new and improved teaching methods. The energy generation will also lead to street lighting, which will increase security and reduce crime – this has been linked, in particular, to an increase in safety for women, allowing for far greater freedom to travel after dark.

With a reliable power supply, businesses can now remain open and produce once the sun goes down. Additionally, construction of the project will require an upgrade to an existing road as well as construction of one kilometre of new road. As the project area can only currently be accessed by 4×4 vehicles, this is expected to have a large influence on the local community. The new road will reduce the time and financial cost of travel, leaving the local community less isolated from markets and other social infrastructure.