The article appeared in ESI Africa Issue 1-2021.
Read the full digimag or subscribe to receive a free print copy.

The energy ‘trilemma’ facing countries in sub-Saharan Africa, including South Africa, is defined as the need to balance affordability, reliability, and sustainability simultaneously. The good news is that the global push for carbon-free energy has led to an unprecedented acceleration in power generation from renewables.

This explosive growth in renewables has been driven primarily by reductions in cost, technology advancements to improve capacity factors, favourable policies, and positive public sentiment around zero-carbon energy. However, with the immense and rapid increases in renewable sources’ installed capacity, there are concerns about the need to quickly dispatch large blocks of power to provide grid stability given the interruptible nature of renewable power generation.

Can BESS compete on LCOS?

Lithium-ion battery energy storage system (BESS) technology has made great strides in CAPEX reductions, resulting in the significant potential improvement of the dispatchability of wind and solar generation to provide critical grid reliability. However, battery storage will not be competitive on a Levelised Cost of Storage (LCOS) basis for durations greater than eight hours until a notable technology breakthrough results in reduced costs. Gas power, therefore, remains the most cost-effective solution for large, multi-day shortfalls in the supply of renewable energy.

Gas is increasingly abundant, available, and affordable, and expected to become even more so in the years ahead, offering countries relatively low-cost power on demand. It provides the cleanest means of power generation among all traditional fossil fuels, with as little as less than half of coal’s carbon dioxide emissions. Additionally, gas offers pathways to future conversion to low or near-zero carbon with hydrogen and carbon capture, utilisation, and sequestration (CCUS) technologies.

Which gas technology to select?

South Africa’s energy landscape is evolving rapidly with ambitions to reduce coal dependency, which is its largest fuel source for electricity generation. Gas power is a key enabler to further renewables penetration and coal-to-gas switching, both of which will significantly reduce overall emissions.

There is also an additional opportunity to reduce coal emissions by retiring end-of-life coal-fired assets and replacing them with new, high efficiency combined cycle gas power capacity. State-of-the-art high-efficiency air-cooled (HA) gas turbines, for example, are currently capable of burning up to 50% hydrogen by volume when blended with natural gas, and work is underway to develop a capability for 100% hydrogen in these machines by the end of the decade. GE’s HA gas turbines are the world’s largest and most efficient gas turbines. The HA gas turbine’s deployment will ultimately increase the proportion of electricity in final energy use, including for industries, heating, electric vehicles, lighting, and clean cooking – all of which contribute to sustainable energy.

Why the HA technology for sub-Saharan Africa?

According to the World Economic Forum, electricity demand will triple by 2040 as incomes rise, populations grow, and governments push their industrialisation drive. The HA technology will help the region meet the increasing power demand and contribute to sub-Saharan Africa’s long-term energy security needs.

The key to combatting climate change within the power sector is to make significant changes to the generation mix toward renewables and gas power quickly and at scale to meet the current power demand. This energy mix will be determined based on resource availability and security, policy, existing infrastructure and enabling environment. In the end, governmental policies that define the objectives and foster innovation, with crosssectoral collaboration, will help advance decarbonisation goals.

RESOURCE LIBRARY
GE recently released a whitepaper laying out how the accelerated and strategic deployment of renewable energy and gas power can help reduce energy-sector carbon emissions in the near term. The whitepaper is available on www.ge.com/power/future-of-energy and provides a more in-depth discussion on how gas and renewable energy deployed in tandem can provide decarbonisation at the pace and scale needed to help achieve substantial climate goals.

About the company
Access to affordable, reliable, flexible and sustainable power is fundamental to modern life. As the world is shifting towards a lower carbon future, GE Gas Power is ready to be your partner in leveraging the role of natural gas for powering the world today and tomorrow. 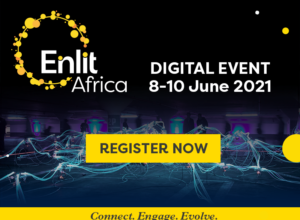