Data analytics company GlobalData explores the negative and positive impact of COVID-19 on the energy market in India, Spain, Brazil, Greece and globally.

In a detailed analysis the company recommends for Indian solar engineering, production and construction companies to reduce their dependence on China.

By so doing, the company says India’s solar industry will enjoy cost stability and quality control.

The research firm predicts a decline in Chinese solar PV modules as manufacturers have been forced to stockpile their modules.

Somik Das, a power analyst at GlobalData, said: “Indian engineering, production and construction companies are using this lockdown time to form post-COVID strategies. Indian module manufacturers might strategise to reduce prices since they have a chance to take a larger market share until the Chinese market recovers.

“In essence, it would also be an excellent time to implement domestically manufactured solar PV cells and wafers, which otherwise are imported from China.”

Local companies should utilise the lockdown period to improve internal processes and increase the technical skillset of employees.

GlobalData predicts an increase in both revenue and European wind energy market uptake for, and by, Chinese manufacturers if they recover from the COVID-19 crisis before companies such as Vestats, Siemens Gamesa and General Electric (GE).

Although Vestas, Siemens and GE have tried to ensure production is not completely halted in Spain and other European countries, a large number of orders are now backlogged.

In Brazil, the virus has resulted in a delay in the country’s energy generation and transmission auctions (the A-4 and A-6 auctions) that were scheduled for May 2020.

This means Brazil’s three-year energy plan has been disrupted and the Ministry of Mines and Energy will have to rework the strategy.

Somik adds: “The A-4 energy auction, initially scheduled for May 28, offered around 51,438MW of hydro, wind, solar and biomass energy projects to compete in the bidding process. With a delay in the auctions, one can expect the renewable sector in Brazil to be negatively impacted.

“However, the government stressed that it is not cancelling the 2020 auctions, only postponing until the pandemic subsides. This stress from the government hints that it would ensure minimum impact of the pandemic on the energy sector and the auctions would be held at the earliest once normalcy is restored.

“The auctions’ delay will mean that hydro-based generation will be the highest source of generation in Brazil. If the loss of time in installing the renewable projects is made up by an escalated rate of installation, then the country would be able to stick to its renewable roadmap without incurring major losses.”

Greece is reported to have taken control of the COVID-19 crisis following a successful second renewables auction.

The auction for solar PV and wind power projects amidst the COVID-19 pandemic is Greece’s second auction and has resulted in 502.9MW of renewable projects being awarded to five participants.

“The strong participation and the success of the auctions itself suggest that Greece’s renewable energy sector is facing the brunt of the pandemic well. Big players, such as EMV, Heliotherma Energy and Greece based Panagakos Group participated and won in the auctions. The Panagakos Group decided to bid for a cluster of nine solar PV projects.

“Energy companies have offered significant help during the pandemic. For instance, Public Power Corporation has offered €5m to purchase medical equipment, while Hellenic Petroleum has donated around €8m to the Greek Government to support the country’s pandemic response. 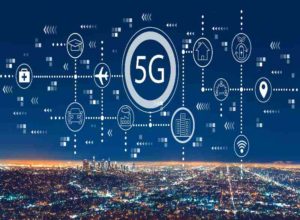 5G could cut global emissions by half a billion tonnes