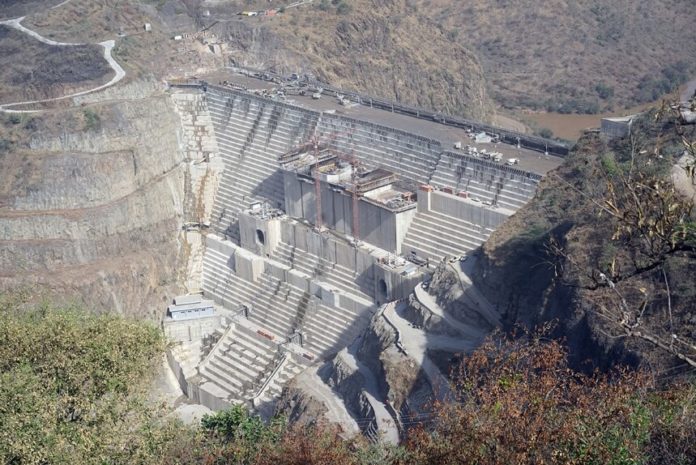 Last week, Ethiopia’s state minister, Engineer Wondimu Tekle, confirmed to the local media that his ministry has finalised the essential installations from Gibe III to the national grid through Wolaiyta – Akaki Gelan.

According to the media, Tekle said that though the project has the capacity to generate 1,870MW, he said so far the power plant has started supplying 800MW to the grid with six turbines now operating.

He noted that the project is one of the biggest Roller Compacted Concrete (RCC) dams constructed by the East Africa country.

Media quoted Tekle, who said that the electro-mechanical and other civil works have so far been completed and the dam began generating power as of six months ago.

Last year, it was reported that the Gibe III hydro plant is anticipated to supply both the domestic and export markets when the installation of 10 turbines is completed.

The state minister also revealed to the media that Ethiopia is planning to provide 100MW and 75MW to Sudan and Djibouti respectively.

The Gibe III hydro plant is the third plant on the Gibe-Omo hydroelectric cascade including the upstream Gilgel Gibe and Gibe II, which are already operating.

Having a height of 243 metres and total installed capacity of 1,870MW, the Gibe III hydro plant project is said to be the highest Roller Compacted Concrete dam to facilitate better access to electricity for the nation as well the neighbouring countries.

On completion, the Gibe III hydro plant is expected to supply about half of its electricity to Ethiopia, with 500MW being exported to Kenya, 200MW to Sudan and 200MW to Djibouti.

The construction of a high-voltage transmission line from Wolyta Sodo in Ethiopia to Suswa substation near Naivasha town in Kenya is expected to be completed in 2018 to facilitate trade in electricity.